Advertisement
Home / India / With eye on China, Defence Minister Rajnath Singh arrives in Hawaii at HQ of US Indo-Pacific Command

With eye on China, Defence Minister Rajnath Singh arrives in Hawaii at HQ of US Indo-Pacific Command

Singh will visit the USINDOPACOM headquarters, Pacific Fleet and the training facilities in Hawaii on Wednesday, before returning to India

Defence Minister Rajnath Singh arrives in Honolulu, Hawaii, on board a US Air Force aircraft, for his visit to the Headquarters of the US Indo-Pacific Command | Twitter/@rajnathsingh
Advertisement

Honolulu: Defence Minister Rajnath Singh has arrived in Hawaii for a brief visit to the Headquarters of the United States Indo-Pacific Command, a unified combatant command of America's Armed Forces responsible for the key Indo-Pacific region.

On his arrival from Washington, DC, Singh was received by Commander, US INDOPACOM Admiral John Aquilino.

The USINDOPACOM and Indian military have wide-ranging engagements, including a number of military exercises, training events and exchanges.

Singh will visit the USINDOPACOM headquarters, Pacific Fleet and the training facilities in Hawaii on Wednesday, before returning to India.

USINDOPACOM is a unified combatant command of the United States Armed Forces responsible for the Indo-Pacific region.

Singh is also expected to lay a wreath at the National Memorial Cemetery of the Pacific and visit the Headquarters of the US Army Pacific and Pacific Air Forces, during his brief stay in Hawaii.

Singh along with External Affairs Minister S Jaishankar reached the US on Sunday to attend the India-US '2+2' Ministerial Dialogue in Washington on Monday - the first under the Biden administration.

Before the 2+2 Dialogue, Singh held a bilateral meeting with Austin in the Pentagon.

They also attended a virtual meeting between US President Joe Biden and Prime Minister Narendra Modi.

It is the oldest and largest of the unified combatant commands. Its commander, the senior U.S. military officer in the Pacific, is responsible for military operations in an area that encompasses more than 100 million square miles (260,000,000 km2), or roughly 52 percent of the Earth's surface, stretching from the waters of the West Coast of the United States to the east coast maritime borderline waters of Pakistan at the meridian 66° longitude east of Greenwich and from the Arctic to the Antarctic.

On 30 May 2018, at the change-of-command ceremony between Admirals Harry B. Harris Jr. and Philip S. Davidson, Defense Secretary Jim Mattis announced that Pacific Command has been renamed Indo-Pacific Command "in recognition of the increasing connectivity of the Indian and Pacific Oceans."

U.S. officials stated that the change was instituted to "better reflect the command's areas of responsibility, which includes 36 nations as well as both the Pacific and Indian Oceans."

In 2016, the United States designated India as a Major Defense Partner. Commensurate with this designation, in 2018, India was elevated to Strategic Trade Authorization tier 1 status, which allows India to receive license-free access to a wide range of military and dual-use technologies regulated by the Department of Commerce.

In November 2019, the United States and India conducted Tiger Triumph, the first-ever tri-service (ground, naval, and air forces) exercise between the two countries.

During the weeklong exercise, U.S. Marines and sailors partnered with forces from all three of India’s armed services to rehearse disaster response and humanitarian aid delivery. India also participates in the U.S.-led Rim of the Pacific (RIMPAC) exercise and trilateral Malabar exercise with the United States and Japan. 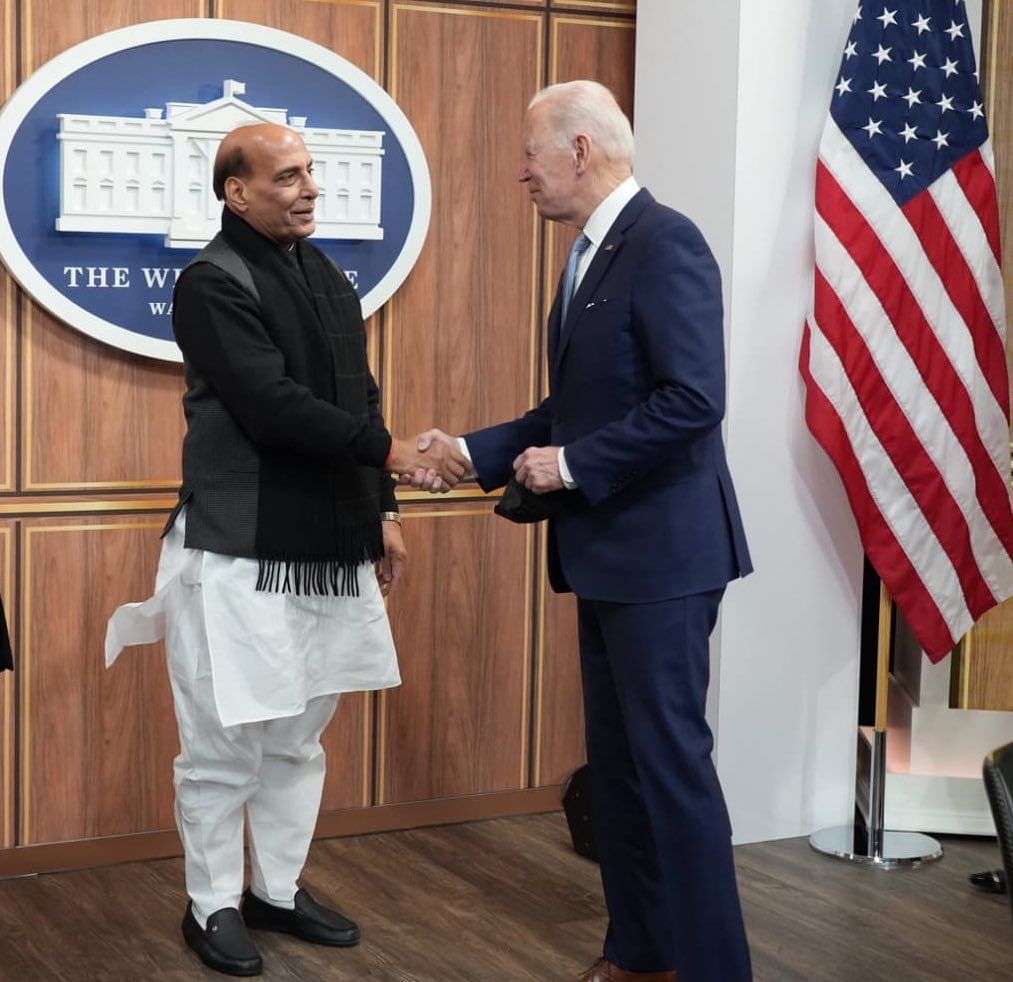