Joaquin Phoenix's Joker or Vidhushak: Jester is the conscious keeper of humanity

We’re talking about the fight against the belief that one nation, one people, one race, one gender or one species has the right to dominate, control and use and exploit another with impunity.
Ketan Vaidya 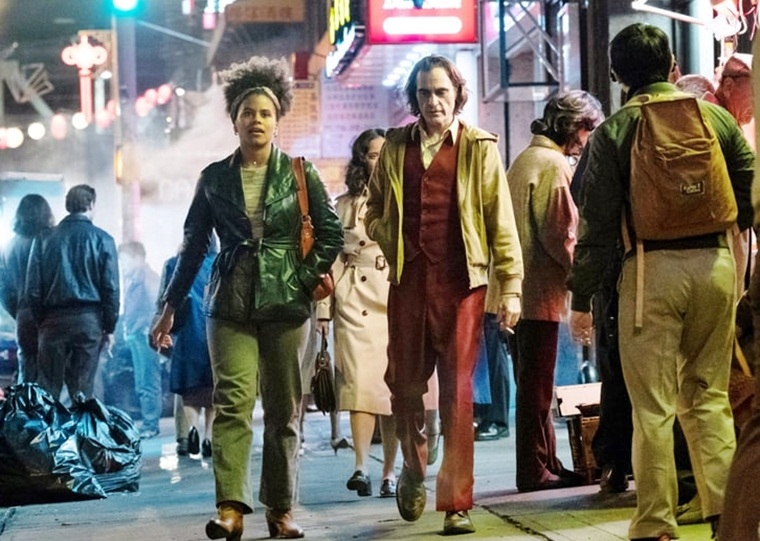 "I think at times we feel, or were made to feel, that we champion different causes, but for me, I see the commonality. I think whether we’re talking about gender inequality or racism or queer rights or indigenous rights or animal rights, we are talking about the fight against injustice."

"We’re talking about the fight against the belief that one nation, one people, one race, one gender or one species has the right to dominate, control and use and exploit another with impunity."

These prophetic words from Oscar Best Actor awardee Joaquin Phoenix is an extension of his character from the movie Joker. The character of Joker in the movie was detached from the global concept of joker who empathizes and entertains.

In fact, the character was a joke on our collective consciousness that often leaves the vulnerable individual or a group to feed for themselves.

However, the point that I am trying to make is that using the stage of the Academy awards Joaquin has said the bitter and universal truth that globally ‘Jokers’ whether employed or not have said much to the amazement and at times enragement to the powers that be or their appointed guardians.

While it is debatable as to whether Kunal Kamra should have invaded the private space of an airline to give anchor Arnab Goswami a piece of mind the message was 'loud and clear'. A joker is not just a jester who makes us laugh.

He is but a conduit employed through a media to examine the innards of our faulty conscience. Actually, I cannot vouch for the humour part of my press colleagues but journalists also have to often play that role.

The role is of calling a spade a spade, of looking eye to eye at the powerful, and apprising them of their follies. In a democracy often the opposition party has to play that role. However, when they fail then it is up to alert jesters like Kamra who show the King the mirror.

In fact the ancient Indian treatise on theatre called the ‘Natyashashtra’ that Bharatmuni had written more than 2,000 years back clearly describes the role as well appearance of a court jester.

According to the Nāṭyaśāstra chapter 35, “the jester (vidūṣaka) should be dwarfish, should possess big teeth, and be hunch-backed, double-tongued bald-headed and tawny-eyed”.

Also, “one who looks to people’s pleasure, can imitate manners of all people, resorts to various means and mixes with women, is ready-witted in disclosures made through pleasantry, or in covert pleasure and is clever, and can give censure through his words, is to be known as a jester (vidūṣaka)”

Interestingly, the word for a critic and opponent and a joker is the same in Sanskrit. Both are called as ‘Vidhushak’. The word for an intelligent lady is very close to the root word for Vidushak or joker and is called as Vidushi.

In fact, another ancient Sanskrit playwright Ashwaghosh has given a special position for a jester in his plays. He doesn’t speak the kingly Sanskrit but speaks in Prakrit which used to the language of the masses. The point being that a Joker is the one who has a pulse of the public.

While most jesters historically were known to be men there were instances where the jesters used to women. The most famous female court jesters were Astaude du Puy, who worked for Queen Henrietta Maria (1609–1669), wife of Charles I of France, and La Jardinière, who worked for the queen dowager, Catherine de Médicis. All these jesters historically were celebrated for their sharp tongues and quick wit.

Their role was more than pure amusement and they were the original “truth tellers,” whose job was to mock venality, vanity and snobbery of authority figures.

In fact this clown position was once taken by none other than Mirza Ghalib when he mocked Bahadur Shah Zafar’s court poet and then when presented took the blame on him.

A sycophant to the king look how he walks his gait of pride is the couplet where Ghalib took the powers that be and is immortalized in time.

The intent is not always mockery but a ‘Joker’ has a bigger role to play. As a conscience keeper the joker has to bring out our collective empathy that we are losing with time. That I feel is the intent of Joaquin’s speech where he says, “….But human beings, at our best, are so inventive and creative and ingenious, and I think that when we use love and compassion as our guiding principles, we can create, develop and implement systems of change that are beneficial to all sentient beings and to the environment.”

In todays divided times when hate has driven us apart and our mere political differences are enough for us to see the other person as an adversary I think we should revisit and rediscover the hidden caring joker in all of us.