Who is Jagdeep Dhankar, NDA candidate for Vice President's post?

The Vicepresidential poll is underway with Opposition’s candidate Margaret Alva and NDA’s Jagdeep Dhankar facing contending for the post. Dhankar, who was serving as Governor of West Bengal, was announced as BJP-led NDA's candidate in July.

BJP President JP Nadda made the announcement after a meeting with party leaders including Prime Minister Narendra Modi. Nadda said Dhankhar has been in public life for nearly three decades and described the Jat leader as a 'kisan putra'.

Dhankar was appointed as state's Governor in July 2019 and since then shared a troubled relationship with Mamata Banerjee-led Trinamool Congress. While TMC alleges him of being "agent of the BJP", the party in state looked at him as an upholder of constitutional norms.

While he claimed to have gone by the rule book and the Constitution.

Dhankar, reportedly, is expected to receive 527 votes, higher than the 372 required to win. It nearly amounts to 70 per cent of the total votes, two percent more than M Venkaiah Naidu received.

The results of the poll will be announced later in the day today and the winning candidate will take oath on August 11. With so many votes in his court, Dhankar has great chances of being the next Vice President of India.

Who is Jagdeep Dhankar?

Born on may 18, 1951 in Kithana village in Rajasthan, Jagdeep was a lawyer by profession before his foray into the world of politics. He is alumnus of Maharaja's College in Jaipur and Jaipur University. He got his degree in Physics from Maharaj's College and LLB degree from the university.

He studied at Sainik School in Chittorgarh when he was young.

Dhankar was enrolled with the Bar Council of Rajasthan as an Advocate with effect from November 10, 1979. He became President of Rajasthan High Court Bar Association in 1987.

Dhankhar, who practised in Rajasthan High Court and the Supreme Court, was designated a senior advocate in 1990.

His foray into politics happened in 1989 when he was elected to Lok Sabha from Jhunjhunu in Rajasthan. He became a Union Minister in 1990 and erved as Minister of State for Parliamentary Affairs.

Dhankar was also member Rajasthan Vidhan Sabha from 1993 to 1998.

The BJP leader was first a member of Congress and had reportedly left the party after Ashok Gehlot's rise in Rajasthan Politics. The leader joined Congress when PV Narsimha Rao became the prime minister and his mentor Devi Lal was no more effective.

According to reports, Dhankar grew closer to BJP leader Vasundhara Raje. However, for quite some time, he put a pause on his political career and focused more on his legal career.

Read Also
Who is Margaret Alva, the Opposition candidate for Vice Presidential poll? 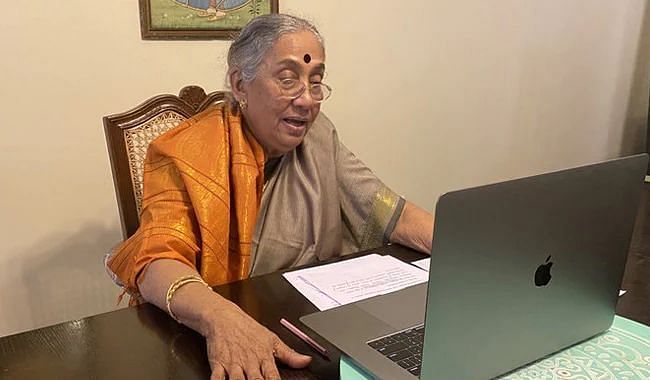