When LK Advani had to resign as BJP president after calling Pakistan founder Jinnah a secular, great leader

In 2005, during a sentimental trip to Pakistan, Advani had showered praise on the country’s founding leader
FPJ Web Desk 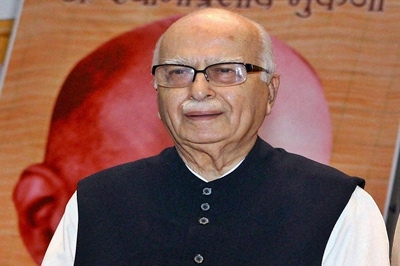 As LK Advani turns 92, Prime Minister Narendra Modi has showered praise on the BJP stalwart, calling him a “scholar, statesman and one of the most respected leaders”.

“For Advani Ji, public service has always been associated with values. Not once has he compromised on the core ideology. When it came to safeguarding our democracy, he was at the forefront. As a Minister, his administrative skills are universally lauded,” Modi wrote on Twitter.

However, despite the lavish praise, it must be admitted that Advani has a rather checkered past when it comes to the Bharatiya Janata Party. Case in point, his resignation as BJP president and the events that led to it. In 2005, during a sentimental trip to Pakistan, Advani had showered praise on the country’s founding leader. As per an earlier report by PTI, Advani wrote, “Quaid-e-Azam Mohammed Ali Jinnah was one such rare individual. In his early years, Sarojini Naidu, a leading luminary of India's freedom struggle, described Mr Jinnah as an 'Ambassador of Hindu-Muslim Unity'." “There are many people who leave an in-erasable stamp on history. But there are very few who actually create history," he added.

Ideological differences aside, the timing too was rather unfortunate. This was a time when the BJP was trying to cope with a shocking defeat in the 2004 Lok Sabha elections and Advani’s comments garnered him no favours. While the BJP tried to distance itself from him, the RSS denounced his statement.

Advani though remained firm in his opinion, refusing to retract his statements. Returning to India, he offered to resign and then later in 2005, was replaced by Rajnath Singh.

LK Advani’s stature within the party helped him weather that particular storm, and his focal role in the Ram Mandir movement undoubtedly helped him remain a formidable force. Party veteran Jaswant Singh was not so lucky. In his book 'Jinnah- India, Partition, Independence', Singh blamed the Congress and Jawahar Lal Nehru for the partition of India and opined that Jinnah was "demonised". It also made a critical reference to Sardar Patel and was banned in Gujarat. Singh was expelled for his opinion. However, later, Advani played a key role in admitting him back.

They are however not the only BJP leaders to have tackled the topic of Jinnah, be it with praise or criticism. In 2018, Savitri Bai Phule, a BJP MP from Bahraich in Uttar Pradesh was criticised for calling Jinnah a 'maha purush' who contributed greatly to India’s freedom struggle.

Her comments were in co-relation to the portrait of Jinnah that continues to hang in Aligarh Muslim University. According to an India Today report, however, it would seem that her party members disagree. The publication quoted BJP spokesperson Rakesh Tripathi as saying, "The party's stand on Jinnah is very clear. He was a villain who divided the country. She has given this remark in her personal capacity. The party is taking note of these remarks and will take appropriate action."