What is Group-23 or G-23 ? All you need to know about the leaders seeking organisational overhaul in Congress 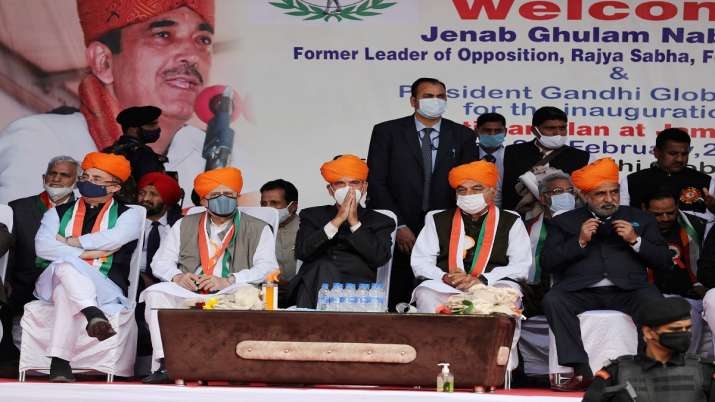 In the wake of Punjab crisis, the Group-23 leaders have demanded organisational elections in Congress party, leader Randeep Surjewala said on Thursday.

"Following the demand from G-23 leaders, a meeting of the Congress Working Committee (CWC) will be called soon", Sujrewala added.

In the wake of several Congress leaders quitting the party and its Punjab unit in turmoil, Sibal had demanded that an immediate meeting of the Congress Working Committee (CWC) be convened and wondered who in the party was taking decisions in the absence of a full-time president.

In August 2020, 23 senior Congress leaders wrote a letter to interim party chief Sonia Gandhi requesting immediate and active leadership, organisational rejig. In the letter, they sought an overhaul within the party in view of frequent failures at Lok Sabha and state elections. The leaders’ demand intensified over time and senior party leaders including Gulam Nabi Azad and Kabil Sibal continued to defy the party’s stand on several occasions.

Why are G-23 leaders demanding reforms?

After the loss of 2019 Lok Sabha elections acting as a catalyst, several Congress leaders believed that party-level reforms were need of the hour. Amid the thinning base of the grand-old party, leaders demanded a democratic set up within the national party as it struggled to have a leader, post-Sonia Gandhi’s resignation.

The demands grew stronger post-2019 Lok Sabha polls when the then-party president Rahul Gandhi lost the party’s turf Amethi to BJP’s Smriti Irani. His resignation and Sonia Gandhi retaking the leadership role did little to turn around the fortunes of the party, which continued to lose Vidhan Sabha elections.

Who are the 23 'Not Jee Huzoori' leaders?

The signatories of the letter include five former chief ministers.

Bhupinder Singh Hooda, currently the leader of the opposition in Haryana Legislative Assembly. He has served as the chief minister of Haryana twice from 2005 to 2014.

Marpadi Veerappa Moily was the chief minister of Karnataka in 1992. Moily is also a lawyer by profession and has practised in Karnataka High Court and Supreme Court of India. In fact, he also served as the law minister twice.

Ghulam Nabi Azad also served as the chief minister of Jammu and Kashmir from November 2005 to July 2008.

Kapil Sibal has served as Additional Solicitor General of India and President of the Supreme Court Bar Association on three occasions. He has also formerly served at the helm of various ministries in the Congress-led UPA government.

Manish Tewari is former Union Minister for Information and Broadcasting. Tewari is an advocate by profession, presently practicing in the Supreme Court of India and the High Courts of Delhi as well as Punjab and Haryana.