According to political observers, apart from mass connect, the VHP is trying to ‘saffronise’ the state

Kolkata: Apart from other political parties, the Vishva Hindu Parishad (VHP), ahead of Panchayat elections, will also visit villages for a massive membership drive.

After three years, from November 6 to November 20, this saffron camp outfit will visit the villages and for Rs 20 will offer membership for three years. 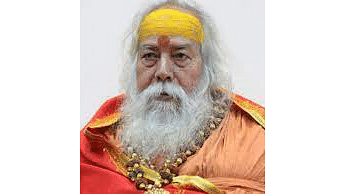 It may be noted that last time VHP made their membership drive was in 2019, when they could make at least 1.5 lakh new members and this time, their target is 5 lakh - to achieve this, the VHP his targeting the bordering areas.

According to political observers, apart from mass connect, the VHP is trying to ‘saffronise’ the state.

According to VHP sources, representatives of VHP will visit door to door and will explain to people the ideologies of the VHP.

Some observers are of the mind that ahead of the panchayat election, this initiative of VHP of visiting the villages for public connect might help the BJP.

In order to establish the saffron camp in the state, the Rashtriya Swayamsevak Sangh (RSS) had taken new initiatives, owing to which RSS chief Mohan Bhagwat will visit Kolkata and address a rally on January 23.

It may be noted that in 2024, VHP will complete 60 years, and in a year of the general election, the main demand of VHP -- the works of Ram Mandir --- will be completed.

VHP national general secretary (organization) Vinayak Rao Deshpande was in Kolkata and held meetings to chalk out their plans of membership drive.

The BJP could not do well in the last Assembly election and in the Municipality election. Thus, the other saffron outfits are made ‘active’ to give ‘dividend’ to the BJP.

VHP South Bengal media in-charge Sourish Mukherjee said that that the membership drive of VHP has nothing to do with politics.

“The people of Bengal are extremely disturbed due to the failure of administration and corruption. The Hindus are always being attacked. Only politicians cannot change the situation, for which VHP had taken the initiative to unite people,” mentioned Mukherjee.

Mukherjee also mentioned that VHP will unite people of all castes with their ‘Hitchintak Abhiyaan’.