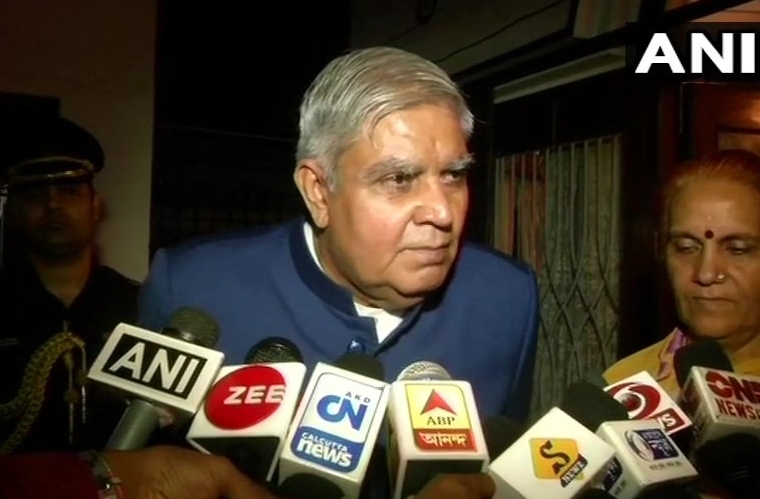 In a reply to TMC MP’s letter, Governor said that the letter of Roy is filled with ‘factual errors’.

“On national security issues, there is a need to yield to the primacy of national interest and security ignoring partisan considerations. In a federal polity, all agencies, central and state, need to engage in tandem and togetherness. This was also emphasized in the meeting with CS and ACS called on me. They were instructed to take urgent steps to ensure cooperative coordination between the state apparatus and the BSF,” read part of the letter.

Notably, Sukhendu Sekhar Roy on December 11 had written a letter to Dhankhar stating that his letter to Chief Minister Mamata Banerjee will ‘demoarlize the state police’.

“Your letter to CM Mamata Banerjee is a flagrant disregard to India’s Constitution and will have a demoralizing effect on the police force of the state of which you are the Constitutional head,” read Sukhendu’s letter.

It is pertinent to mention that last week Dhankhar had written a letter to Mamata asking her to clear her stance on BJP and also urged her to implement the increase in jurisdiction of the BSF as said by the BJP led Central government.

Incidentally, Mamata had been extremely vocal against the increase in jurisdiction of BSF and in all her administrative meetings she had instructed her police to keep a tap on BSF and also claimed that the BSF should not be allowed to enter any village without prior consent.

Even addressing a public meeting on Monday at Goa, Mamata slammed Dhankhar and called her to be a ‘king quoting BJP state president’.

“We have seen political joining in the Assembly which is one of its kind. Mamata is rewriting the constitution and her new constitution will be a part of the political science syllabus. She mixes up administration and political party activities,” sarcastically claimed Sukanta.