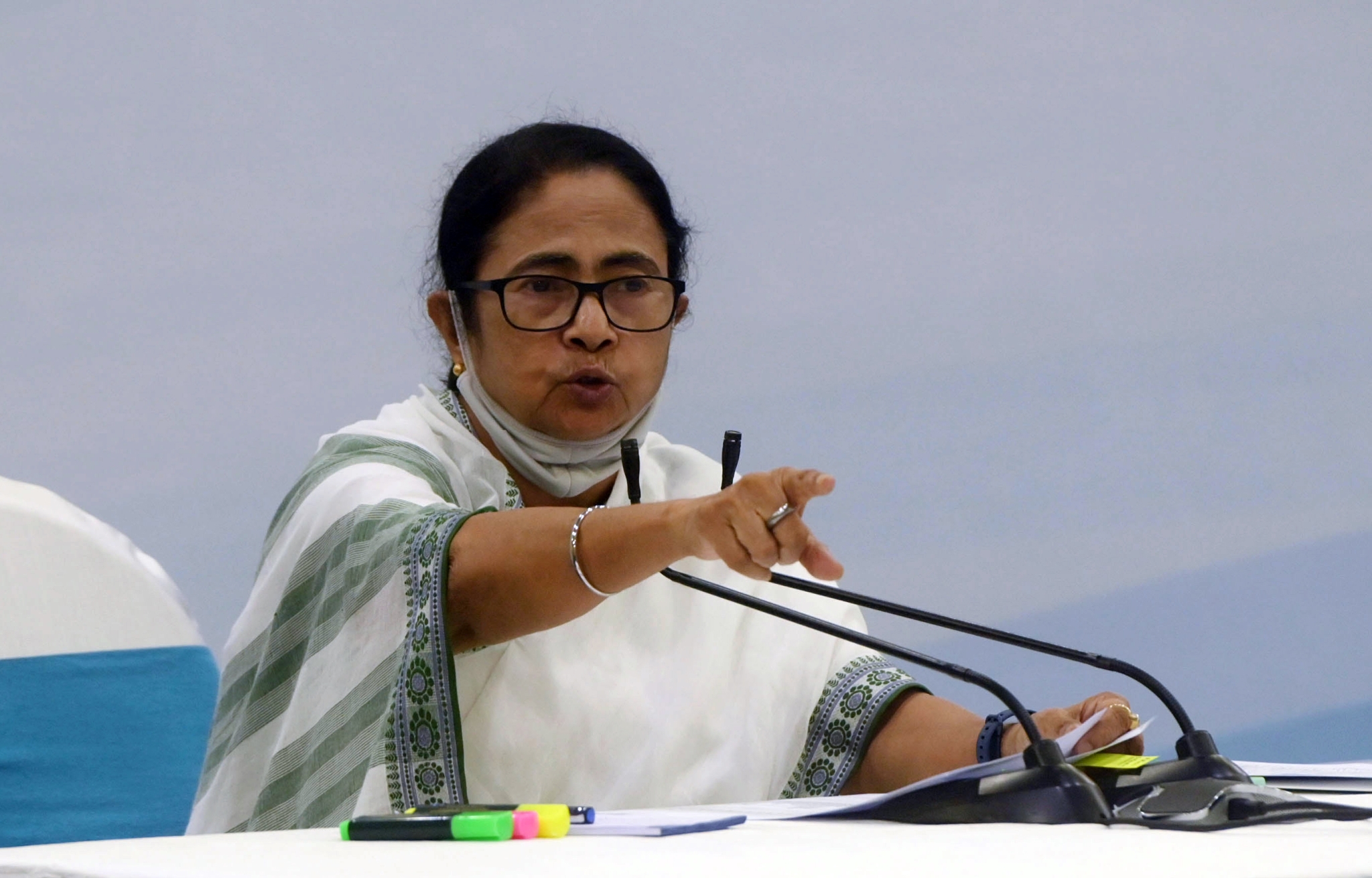 Kolkata: West Bengal Chief Minister Mamata Banerjee on Wednesday said that after 50% of the rural population gets completely vaccinated only then she will permit running of local train.

“Everyone can understand the hardships faced by the people as the local trains are closed but until 50% rural population gets vaccinated, the services won't resume. Also, there is a chance that the children of the state will be badly affected for which the trains will remained closed,” said the TMC supremo.

Addressing a press conference after meeting with all the secretaries, Mamata said that she had learnt from the secretaries that over 46 lakh people have applied for women monthly income scheme ‘Lakshmir Bhandar’ within three days of Duare Sarkar program of the TMC.

Claiming that she had instructed the police to take strict action against scams, Mamata alleged that the BJP take huge extortion from the truck drivers.

“No scams be it cattle smuggling or sand smuggling will be tolerated in West Bengal. I have asked the police to take strict action. The BJP takes huge money from truck drivers and is also involved in several scams,” claimed Mamata.

Mamata also said that her home secretary will soon write to the Centre as she wants to start ‘Bangla Dairy' to substitute Metro Dairy.

“Metro dairy is not from Bengal. Our people also work heard to produce milk products so we want to start Bangla Dairy and soon we will write to the Centre. The entire country doesn’t have as much schemes as West Bengal and every new scheme is people friendly,” said Mamata.