HomeIndiaWest Bengal: Job aspirants to continue with their protests even during Durga Puja

Protestors claim that their lives are still in ‘dark’ as they are deprived of ‘legitimate’ jobs.

Kolkata: At a time when the entire state is decked up as a ‘bride’ during the biggest Durga Puja festival, the protesting job aspirants continue with their protests in Kolkata.

Protestors claim that their lives are still in ‘dark’ as they are deprived of ‘legitimate’ jobs.

“We can see people merrymaking with their families. We are continuing with our protests as we are still deprived of our jobs. We don’t even have the money and time to spend with our families. Don’t know how many days we will continue like this,” said a protesting job aspirant.

It may be noted that the Calcutta High Court had given a nod allowing the job aspirants in primary schools to continue their protests even during Durga Puja but within a stipulated time.

Another protestor from Nadia said that he spends almost Rs. 300 a day to attend the dharna and to reach back home.

“My father used to work in a brick kiln and supported my education. Now he is above 70 and is ailing. I will have to support my family but as luck would have the undeserving candidates have become teachers and we who have ranked in the examination are staging dharna for the last 566 days,” mentioned the protestors weeping that he couldn’t participate in the festivities with his family.

Political slugfest over the ongoing probes remained unabated even during the Durga Puja.

While inaugurating the party's puja at EZCC, state BJP president Sukanta Majumdar said that Goddess Durga has come and she will take away all the pain.

“We are fortunate that we could buy new clothes and take part in festivities but those unfortunate job aspirants can’t even participate in the festival. Soon their pain will be taken away by the Goddess. Everyone knows the condition of this state,” said Majumdar.

Leader of Opposition Suvendu Adhikari slamming the state government said, “Those who didn’t pass in Mathematics are now Mathematics professors in Bengal and those who are Mathematics honours don’t have jobs,” said Adhikari.

However, TMC spokesperson and state general secretary Kunal Ghosh said that BJP is trying to ‘politicise’ the protests of the job aspirants.

“TMC is never in favor of the protests and on several occasions, we have asked them to stop the protest. But BJP is trying to add fuel to fire and politicise the issue,” added Ghosh. 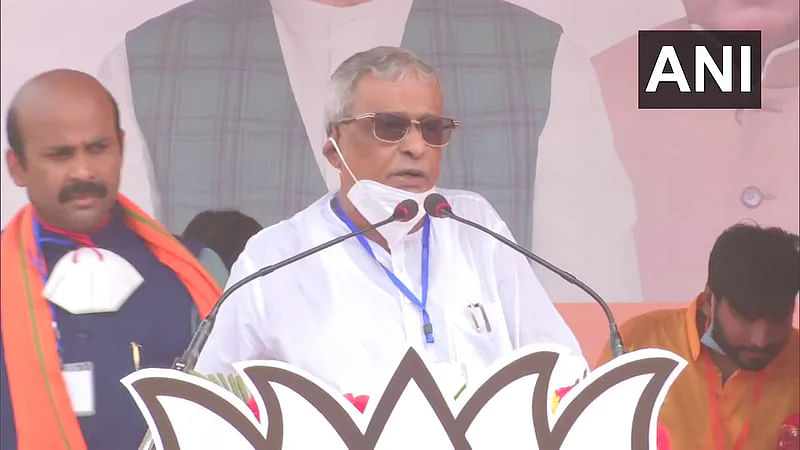