West Bengal, July 30 (ANI): A rickshaw puller pulls his rickshaw on a waterlogged road after heavy rainfall, in Kolkata on Friday. | (ANI Photo)

Kolkata: West Bengal witnessed incessant rainfall on Friday especially in South Bengal due to a well-marked low pressure over Bangladesh and adjoining West Bengal. In several districts of South Bengal including in Kolkata it was a flood-like situation.

According to Kolkata Municipal Corporation (KMC), all the lock gates of river Ganges were opened and all the pumping stations were pressed into action so that the waterlogged Kolkata returns to normalcy. 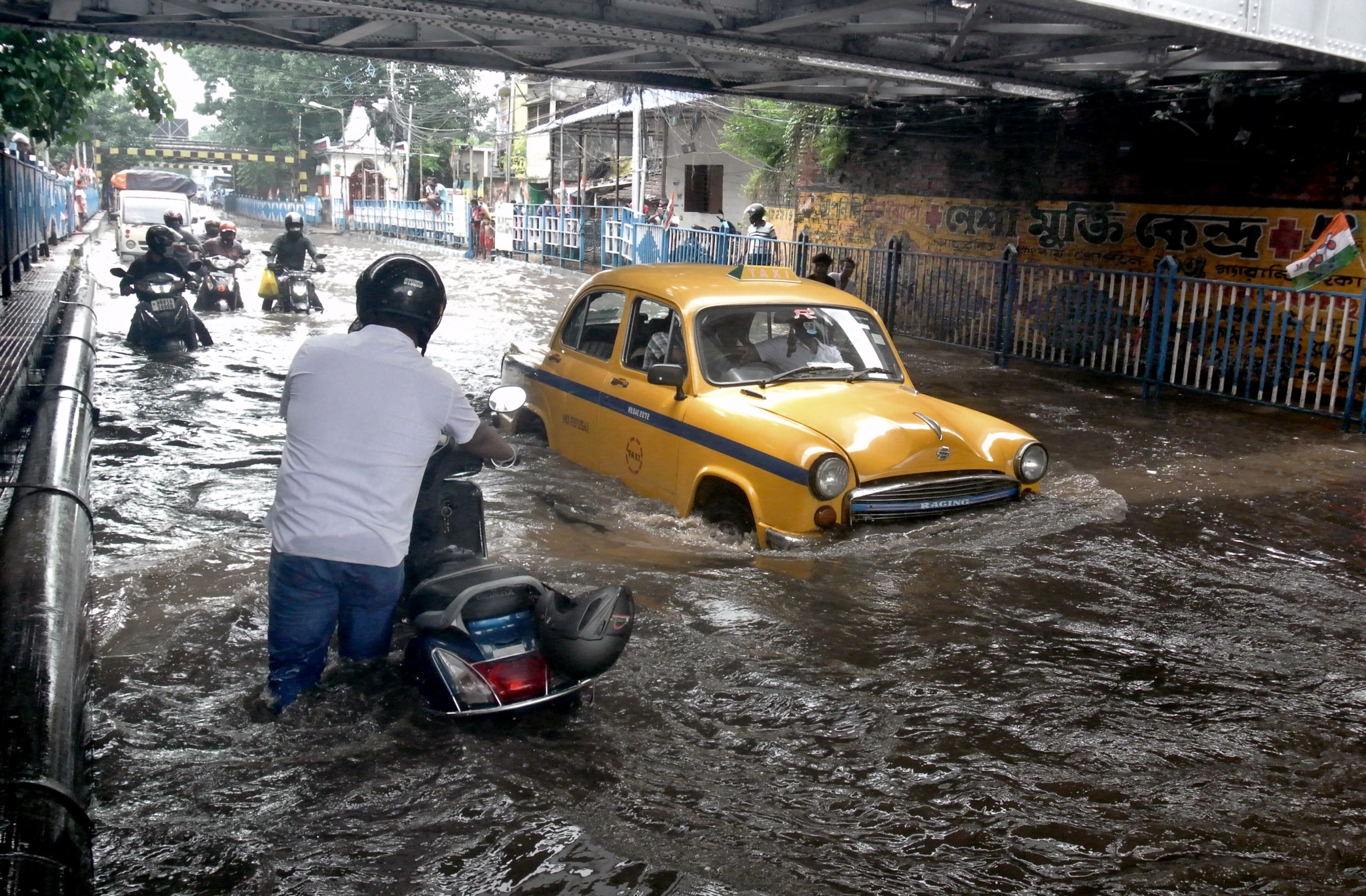 Not just Kolkata, heavy to very heavy rain was witnessed in Hooghly, Bankura, Purulia, East and West Burdwan leading to breakdown of mud walls that claimed several lives across the state.

Remotest areas of West Midnapore were cut off as rivers Silabati and Para overflew and several mud houses were also washed away.

As water took time to recede, traffic came to a halt as state highways in Bankura, Jhargram and West Midnapore were completely waterlogged.

Trains of both Eastern and South Eastern Railways had to reschedule as the tracks also went underwater due to overnight heavy downpours. 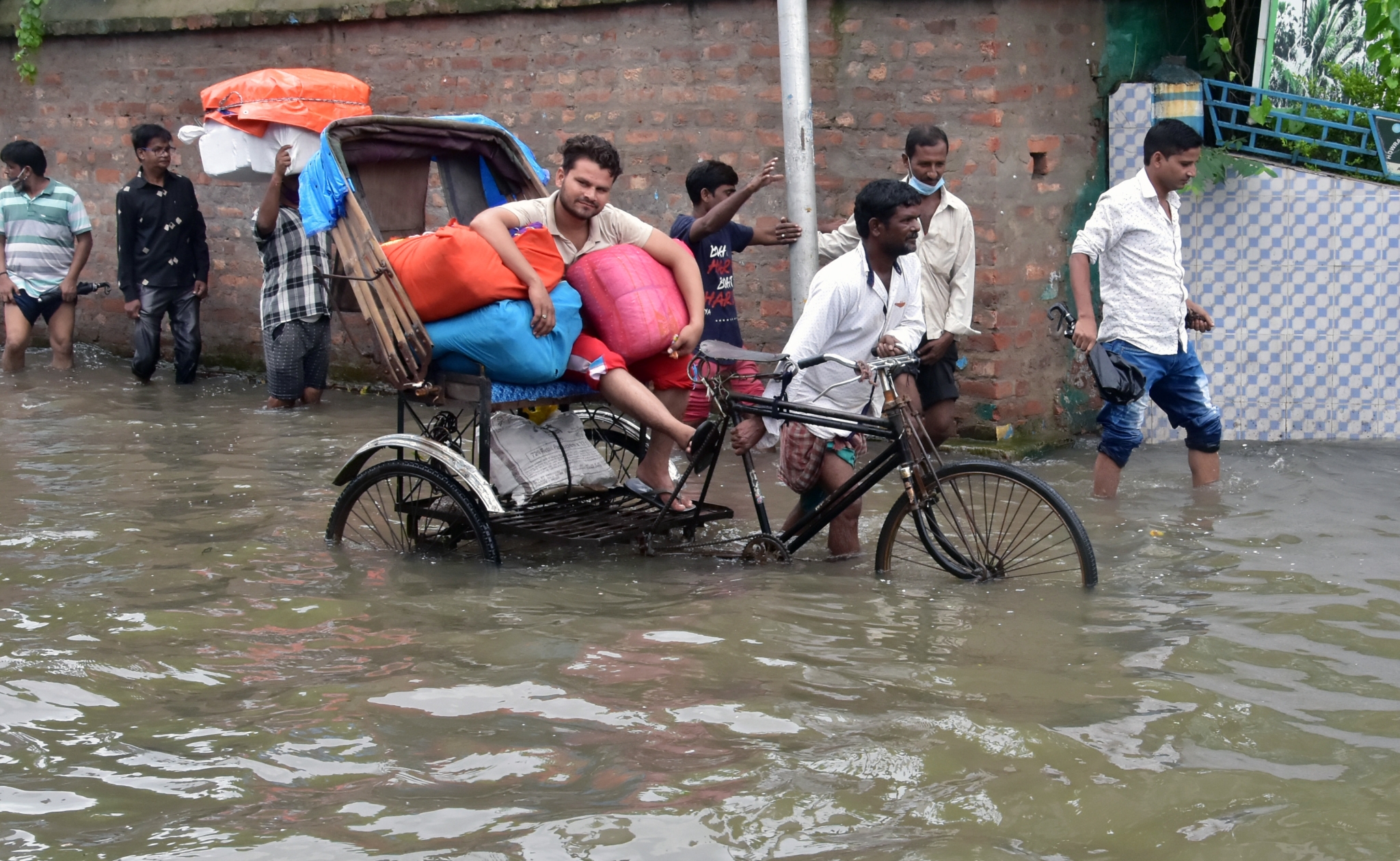 At a time when people are facing hardships due to the natural calamity, the political leaders didn’t lose the opportunity to malign each other.

Leader of Opposition Suvendu Adhikari slammed the Kolkata Municipal Corporation for not developing the sewerage system of the city.

“Mamata Banerjee thought of transforming Kolkata into London but the sewerage system is still such that water gets accumulated even when there is no heavy downpour,” said Suvendu.

Countering Suvendu’s claim, KMC chairman Firhad Hakim assured that next time Kolkata and its adjoining areas will not see waterlogging. 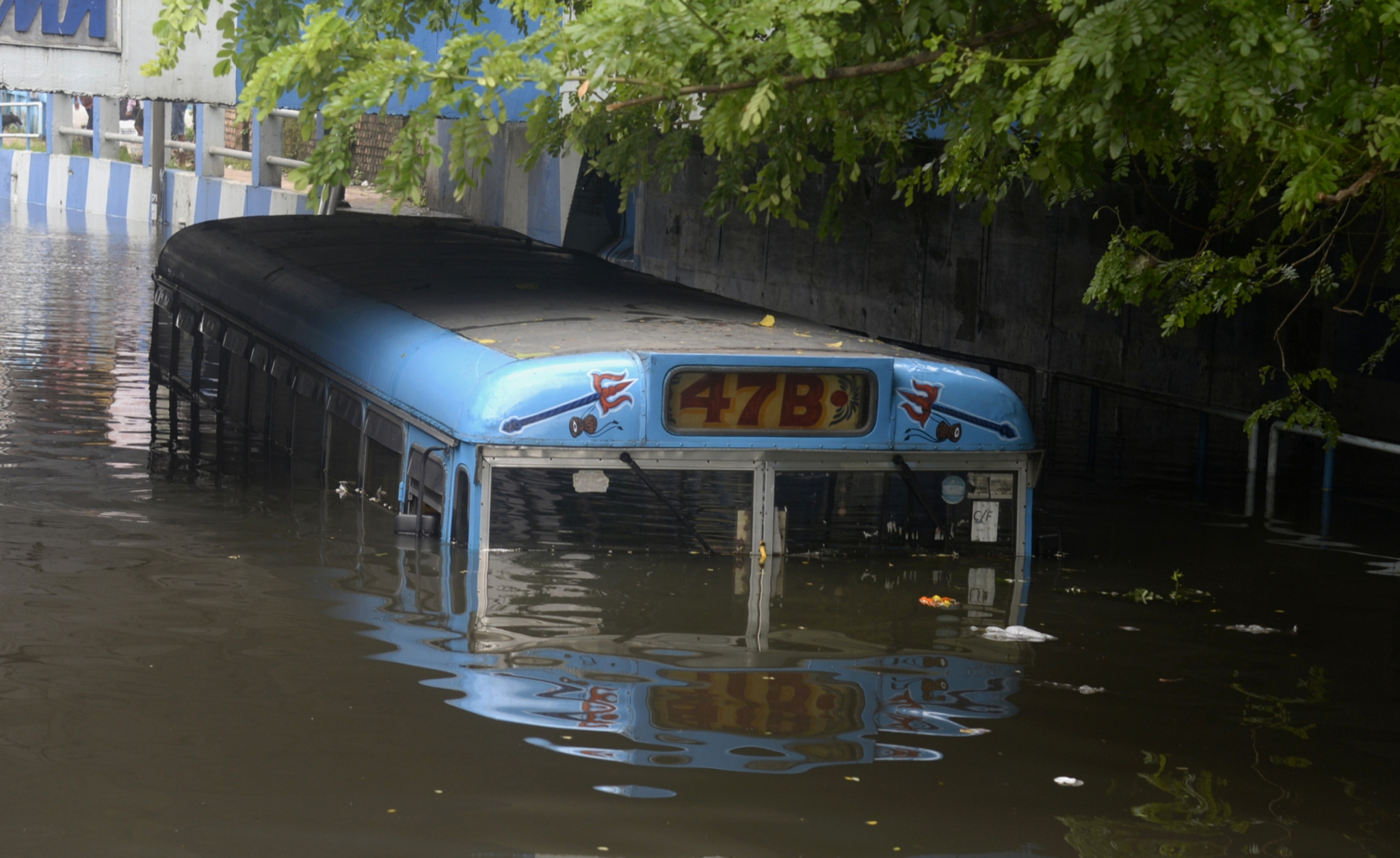 West Bengal, July 30 (ANI): A bus submerged on a waterlogged road after heavy rainfall, in Kolkata on Friday. | (ANI Photo)