Kolkata: In order to woo the voters of West Bengal just three days ahead of the first phase of the Assembly polls now both the BJP and the TMC row over the National Anthem.

Addressing a public meeting at Contai, Prime Minister Narendra Modi reciting the lines ‘Punjab, Sindh, Gujarat, Maratha, Dravida, Utkala, Banga’ from the National Anthem sais that the claims of the TMC supremo ‘BJP is outsider’ doesn’t hold any water as everyone in Indian.

“Tagore in the National Anthem had mentioned a few places, which directly proves that everyone residing here are Indians and no one is an outsider. Didi cannot call BJP ‘Bohiragoto’ (an outsider). Bengal has united people through Vande Mataram and every Indian is a child of Bharat Mata,” mentioned Modi.

Notably, mentioning the same lines, Mamata Banerjee from a public rally at Bankura claimed that Nobel Laureate Rabindranath Tagore is pride of Bengal and also alleged that the BJP leaders are trying to break the ‘glory’ of West Bengal.

“The BJP is sending people from outside who are regularly visiting Bengal and is destroying the glory of the state. Those pan masala-chewing, tilak- sporting people sent from states like Uttar Pradesh are coming to West Bengal to instigate violence ahead of the polls,” claimed the TMC supremo. 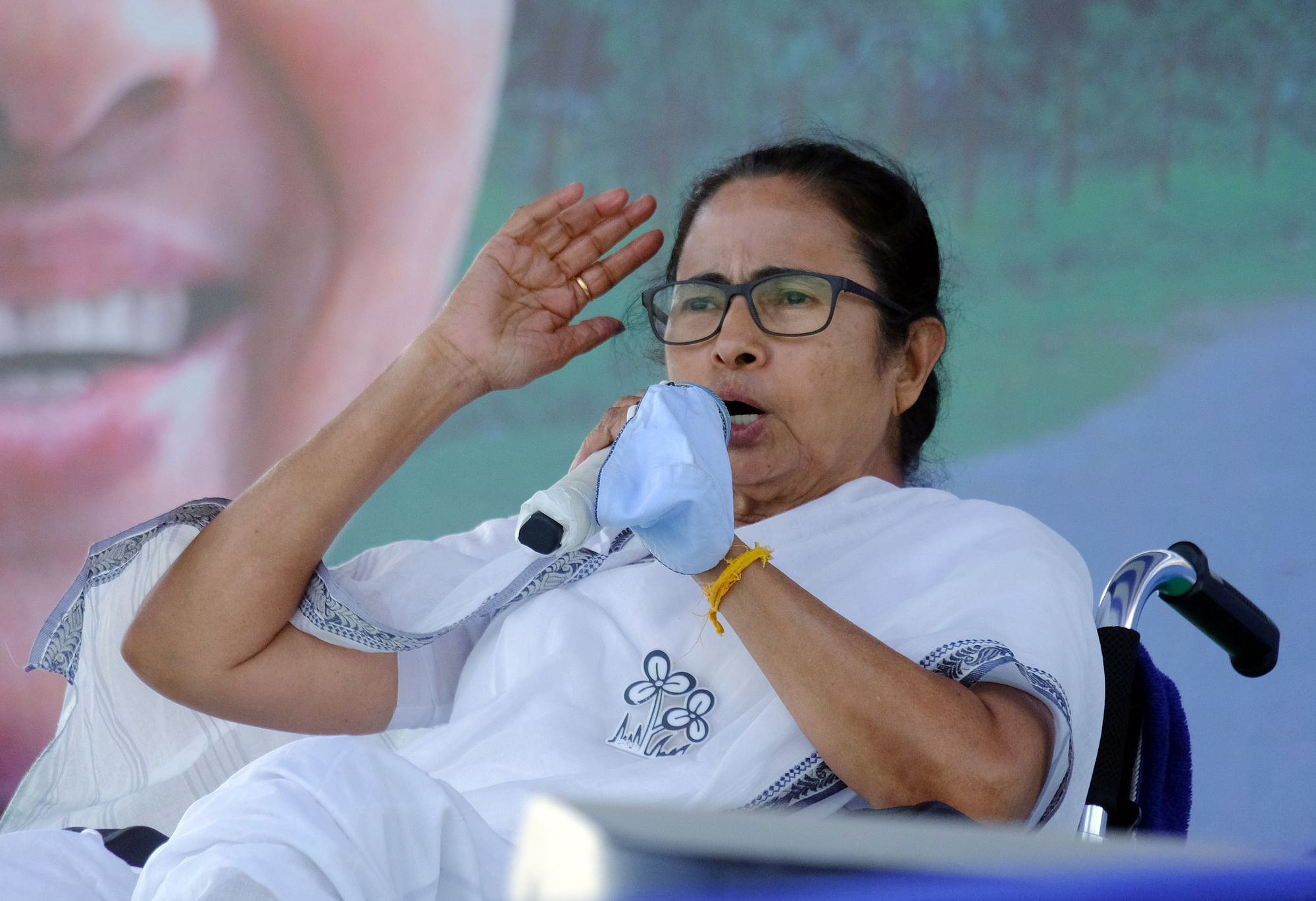 Modi’s reference to the lines from National Anthem came amid TMC- BJP row over ‘Insider-Outsider’ row and with the TMC supremo in reference to the BJP, claiming regularly that she will not allow any ‘outsider’ from Delhi or Gujarat to rule West Bengal.

Slamming the Trinamool Congress from the rally at Contai, Modi even asserted that people of Nandigram will give a befitting reply to Mamata Banerjee.

“Didi gave false accusations to the people of Nandgram. She had not done anything for Nandigram, on May 2 she will get the befitting reply as ‘Ashol Parivartan’ (real change) will come in West Bengal,” mentioned the Prime Minister.

“The Left Front has brought the BJP in West Bengal. Along with few traitors of TMC the BJP thinks of winning the polls. Nobody will vote for the traitors,” added Mamata also claiming that the traitors from her party had defected to the BJP to hide their ‘black-money’.