'We moved a step back and we will move forward again': Narendra Singh Tomar on farm laws 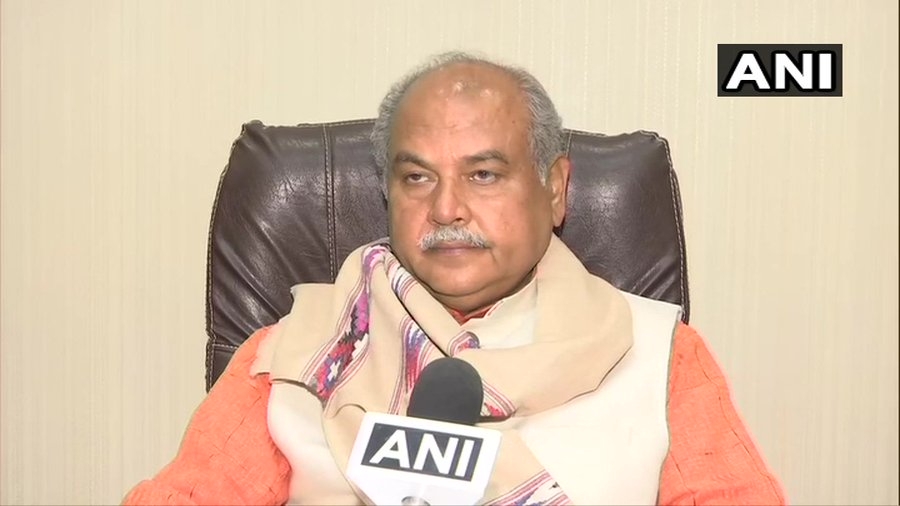 Union Agriculture Minister Narendra Singh Tomar on Friday said that the three farm laws, which were withdrawn by the government last month, could be re-introduced at a later date.

Speaking at a function in Maharashtra's Nagpur, he also said the government was not dejected even though the agriculture reform laws had to be repealed.

Tomar was speaking at the inauguration of agri industry exhibition 'Agrovision' in Nagpur. "We brought agriculture amendment laws. But some people did not like these laws which were a big reform brought about 70 years after Independence under Prime Minister Narendra Modi's leadership," Tomar said.

"But the government is not disappointed, we moved a step back and we will move forward again because farmers are India's backbone," he added.

The agriculture sector needs investment in a big way, the minister said. "But a sector which has received the least private investment is agriculture," he said.

Private investment flowed into other areas which created jobs and the contribution of these industries in the GDP rose, Tomar said.

"The agriculture sector, despite being so big, did not receive this kind of opportunity. Today this sector receives most of the investment through government programs.....through government purchase (of farm produce), subsidy on fertilizers, seeds and pesticides and other policies," he said.

The present investment in the sector benefits the traders and not farmers, the Union minister claimed.

"There is still a lack of private investment in agriculture sector," Tomar added. India has had a bumper harvest during the pandemic and the government purchased more produce than ever before, he noted.