Watch Video: 'When rape is inevitable, lie down and enjoy it', Karnataka Congress leader's shocking comment 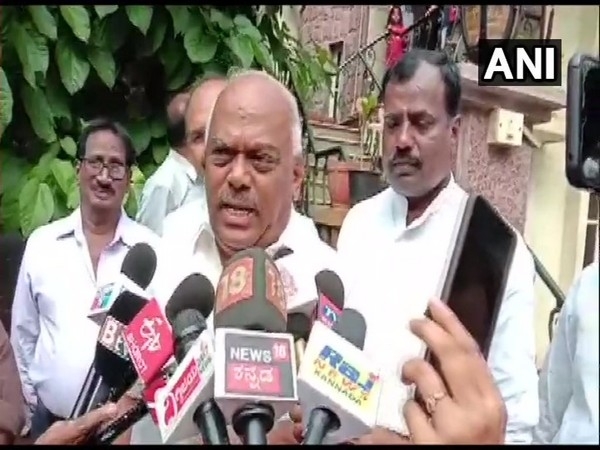 Former Karnataka Assembly Speaker and senior Congress leader KR Ramesh Kumar made a shocking statement in the Assembly, the leader passed a sexist comment saying that "when rape is inevitable, lie down and enjoy it." The shocking comment by the Congress leader came when MLAs began to demand time from Speaker Vishweshwara Hegde Kageri to discuss farmers' issues in the Assembly.

Sitted on the chair of speaker, Vishweshwara Hegde Kageri in response asked as to how he could run the Session if time was allotted to everyone. Telling members to take the decision on their own, he looked at former speaker KR Ramesh Kumar and said, "I feel that let's enjoy the situation, I can't keep this under control and take it forward in a systematic way."

Instead of opposing the offensive remark, the Karnataka Assembly Speaker and members of the Legislative Assembly broke out into laughter.

A former speaker & the sitting speaker speaking about #rape in this manner on the floor of the house does not augur well. "When rape is inevitable you must lie down and enjoy," says #Rameshkumar for which @kageri250 laughs. #Karnataka #politics pic.twitter.com/N9ThNohBm6

Notably, KR Ramesh Kumar in the past too has passed such inappropriate remarks.

When he was the speaker of the Karnataka Assembly, Kumar had compared himself to a rape survivor. The Congress leader's comment came after his name emerged in a controversial audio clip between BJP veteran BS Yediyurappa and other senior leaders that mentioned how he had allegedly taken a Rs 50 crore bribe from the party.

Making an insensitive joke of a rape survivor being raped again and again when cross-examined in the court of law, he had said, "I feel like the rape victim." Later when women legislators protested against the insensitive statement, Kumar tendered an apology.