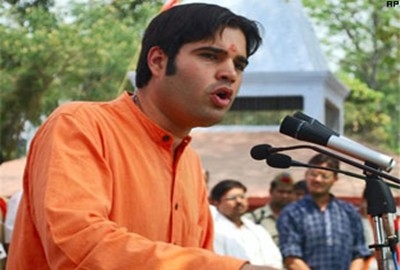 New Delhi: BJP MP Varun Gandhi on Saturday shared a video clip showing a man setting fire to a heap of paddy crop "after his vain efforts to sell it", and sought a rethink of the agriculture policy. Gandhi shared the video of the man on Twitter.

The BJP leader said, "Samodh Singh, a farmer of Uttar Pradesh, had been running around mandis for the last 15 days to sell his paddy crop. When paddy did not sell, he in frustration put fire to it himself. Where has this system brought the farmers? The need of the hour is to rethink our agriculture policy."

Varun Gandhi has been sympathetic to the farmers' cause over their protests against three agricultural laws and often tweeted in their support, a stand which is said to have not gone down well with the BJP leadership.

He had also warned against attempts to turn the Lakhimpur Kheri incident into a "Hindu vs Sikh battle", saying it is dangerous to create these fault lines and reopen wounds that have taken a generation to heal. He is the only BJP leader, so far, to speak up on the deaths of four farmers in Lakhimpur Kheri, for which Ashish Mishra, the son of Union Minister Ajay Mishra, is an accused and in jail.

He also tweeted photos of photos of floods in the state's Terai region and slammed the Yogi Adityanath administration. "Much of the Terai is badly flooded. Donating dry rations by hand so that no family is hungry till this calamity ends. It’s painful that when the common man needs the system the most, he’s left to fend for himself. If every response is individual-led then what does ‘governance’ mean," read his tweet.

Days after failing to find a place in the BJP national executive committee, BJP MP Varun Gandhi had shared on Twitter a short video clip of a speech of former prime minister Atal Bihari Vajpayee from 1980 in which he warns the then Indira Gandhi government against repressing farmers and extends his support to them.