Watch video: Scuffle breaks out between police and women allegedly belonging to families of police personnel in Chhattisgarh's Raipur 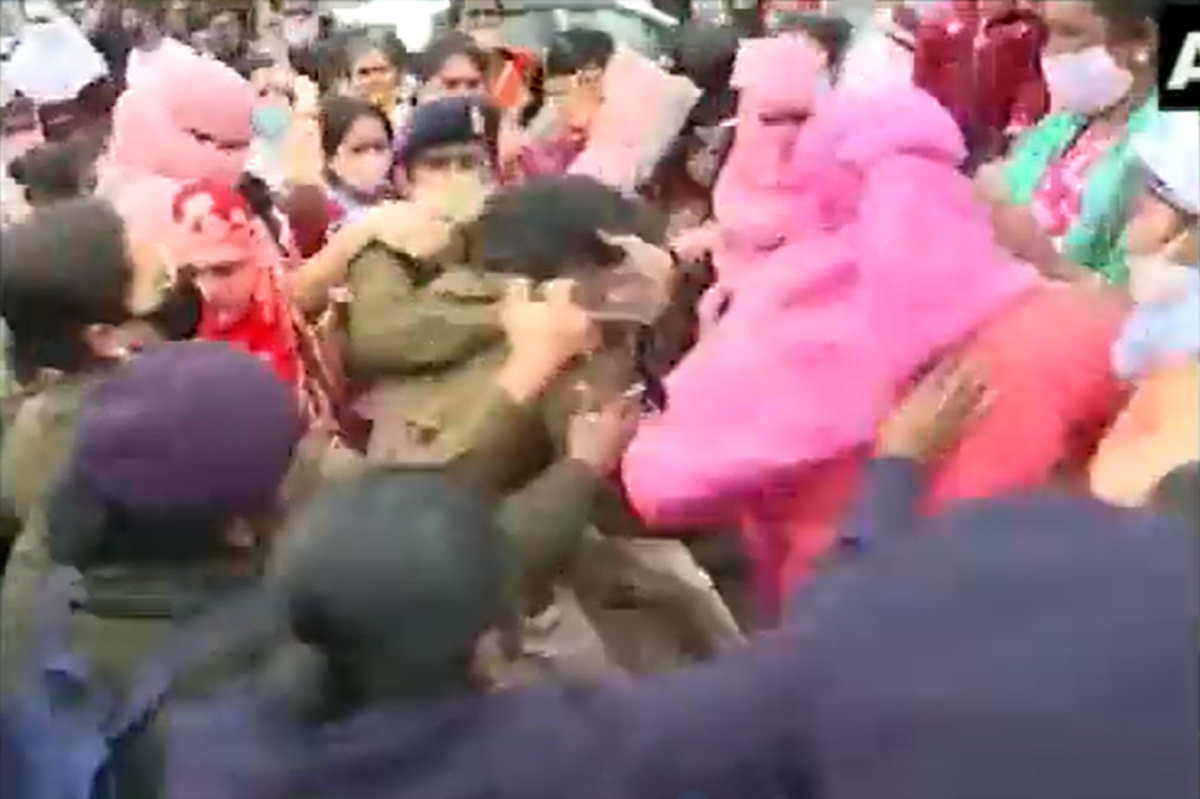 A scuffle had broken out between police and women allegedly belonging to families of police personnel who were demanding a hike in salary in Chhattisgarh's capital city Raipur. The incident took place on January 10, Monday and in a video shared by news agency ANI it can be seen that police officers and women women allegedly belonging to families of police staff indulged into a harsh fight.

Five police personnel were injured during the protest.

Around 250 people, all family members of assistant constables from different districts of Chhattisgarh, reached here and staged a demonstration in support of their demands, said Additional Superintendent of Police (City) Tarkeshwar Patel.

#WATCH | Raipur, Chhattisgarh: A scuffle had broken out between police and women allegedly belonging to families of police personnel who were demanding a hike in salary (10.01.2022) pic.twitter.com/LFqOFtfIsc

Their demands included removal of "irregularities" linked to salary, implementation of rules related to compassionate appointment and weekly-off, among others, said police officials.

Women police force was deployed on the spot in large numbers, for a long time the police kept trying to convince the agitators.

According to a report, expressing displeasure and outrage, police families from all over the state blocked the National Highway near Bhathagaon on Monday, due to which traffic was affected for several hours. There was also a traffic jam for several kilometers, there were women in large numbers among the agitating families, who continued to raise slogans even after getting wet in the rain for their demands.

Meanwhile, when trainee IPS Ratna Singh reached to remove them but the protesters grabbed her collar.