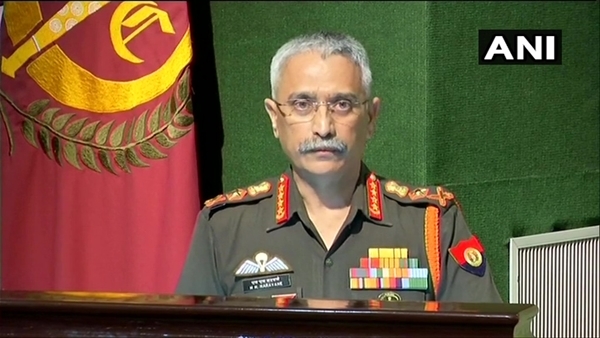 New Delhi: During his two-day visit to eastern Ladakh, Army chief General MM Naravane said on Saturday that China has built substantial infrastructure on the other side of the Line of Actual Control, as per a report by IndiaToday. Gen Naravane assured that the Indian forces were prepared to face any eventuality during the visit to review operational preparedness.

“China has built a lot of infrastructure on its side to deploy more troops. We are monitoring so that we are ready to respond. We have inducted advanced weaponry. We are strong, we are ready to face any situation,” Chief of the Army Staff General MM Naravane told India Today TV.

Gen Naravane is on a two-day visit to eastern Ladakh to take stock of India's operational preparedness in the backdrop of its prolonged military standoff with China in the mountainous region.

The visit comes barely two months after the Indian and Chinese forces carried out the second round of disengagement in early August when both sides pulled back their forward deployed troops from Gogra point.

The Army chief also spoke about the renewed attempts at infiltration from Pakistan. Gen Naravane said that in the last 10 days, there've been 2 ceasefire violations.... situation regressing to pre-February days after months of silence at India’s north-western border with Pakistan. The Army Chief added that the Indian Army is keeping a strict vigil and has thwarted several infiltration bids in the past few weeks.

“The Ceasefire treaty was good but since the last two months, infiltration was attempted which we have thwarted. These infiltrations are not possible without the Pakistan Army's knowledge,” he said.

After Kabul fell to the Taliban on August 15, India had expressed its concerns over the hardline insurgent outfit’s takeover. India had reiterated that the country's territory should not be used for sheltering, training, planning or financing terrorist acts.

While talking about the Taliban takeover, Gen Naravane said that Indian Army is prepared for any terrorist threat or challenges, Gen Naravane said. "We are regularly monitoring the situation in Afghanistan and the possible ramifications and fallouts. It's too early to say exactly what form it will take. But we are on the look out," he said.