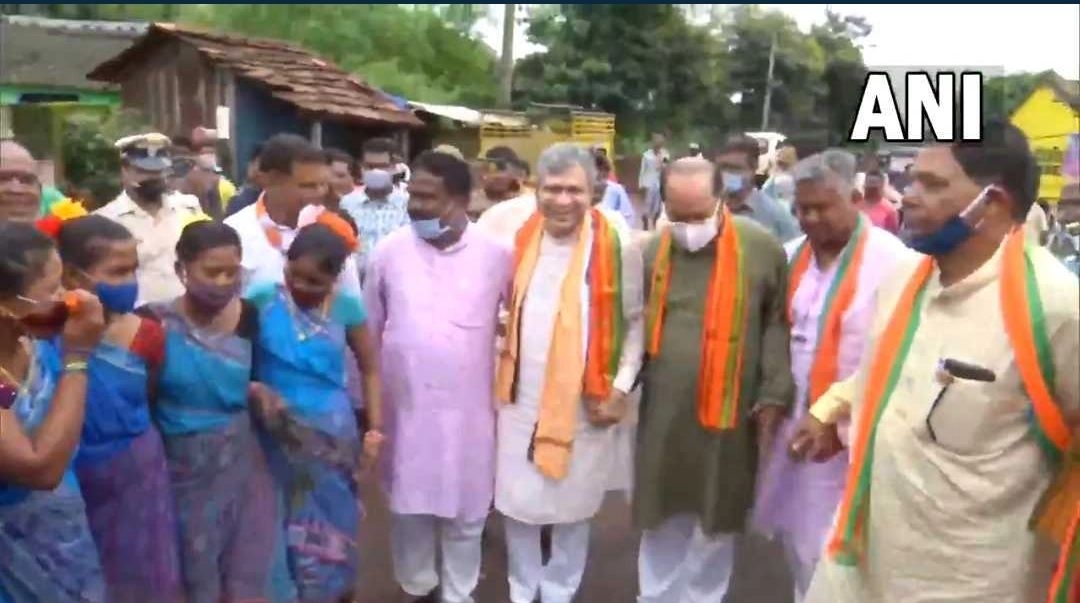 Railway Minister Ashwini Vaishnaw joined in the tribal women in Odisha's Koraput in an impromptu folk dance on Friday.

Taking to his Twitter Vaishnaw shared his joy of dancing with the locals and wrote, "Folk Dance! Happiness! Memories! Trying to match the dance steps with local folk dancers at Payakut Village in Odisha.

The Union Cabinet Minister who is on a four-day visit to Odisha as part of the BJP's Jan Ashirwad Yatra, also held a roadshow here in Payakut on Friday.

In an unusual scene, Vaishnaw ditched the VIP way and boarded an overnight train from Bhubaneswar to Rayagada Thursday.

During his travel, Vaishnaw also interacted with passengers, who were taken by surprise to see the Minister in their midst.

In one of the visuals that have emerged on social media, the minister can be seen speaking to a passenger in Odia. He asks the passenger where he works and then asks if the train is clean. The passenger responds that it is and the minister pats him on the shoulder before moving on.

In a visual shared by the Railway Minister in a Twitter post, he can be seen sitting and chatting with fellow passengers. "It was very nice to meet you, young people," he tells them.

The Jan Ahriwad Yatra is being organised to inform people about the achievements of the BJP-led central government in internal, external, economic, social, health spheres and programmes aimed at boosting employment through its focus on self-reliance. This would also be done through banners, hoardings and advertisements.