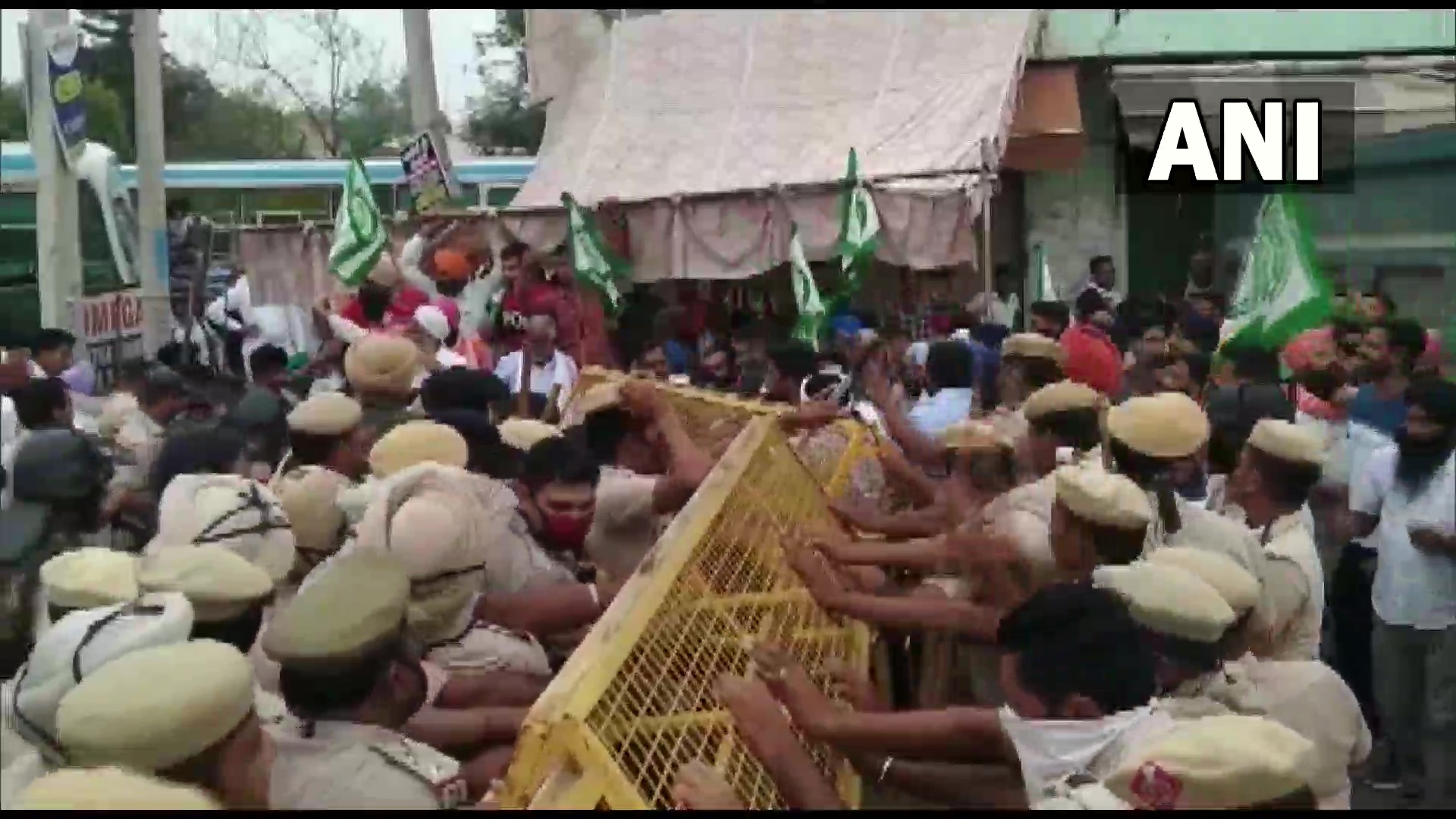 Hundreds gathered outside Haryana Chief Minister Manohar Lal Khattar's residence on Saturday to protest a delay in paddy procurement. Reports suggest that there are over a thousand farmers agitating in Karnal, clashing with the police as they attempt to move through barricades.

Paddy procurement has been delayed till October 10 in Haryana. The Centre on Friday said that the move was in the "overall interest of farmers and consumers as well because of the untimely rains, maturity of paddy grains is delayed". As per Indian Meteorological Department data, rainfall during September 2021 is 77% and 139% above normal in Punjab and Haryana respectively. The two states have witnessed widespread protest and anger over the delay in the procurement.

Visuals from the area show agitators breaking through barricades as uniformed officials attempt to hold them back. The police also resorted to using water cannons against the crowd. Reports indicate that some of the deployed security vehicles are also equipped with tear gas. Protesters have also gathered outside the residence of BJP MLA Aseem Goel.

According to reports, the protests are also an agitation against the three contentious farm laws. As per an NDTV report, about a thousand people had come together shouting slogans and waving flags outside Khattar's residence. They had also announced their intention to mount an overnight vigil.

Against this backdrop, Haryana Home Minister Anil Vij on Saturday said the agitation of farmers was getting violent. "The violent movement in the country of Mahatma Gandhi won't be allowed. The leaders of farmers should keep patience during the agitation," he tweeted. 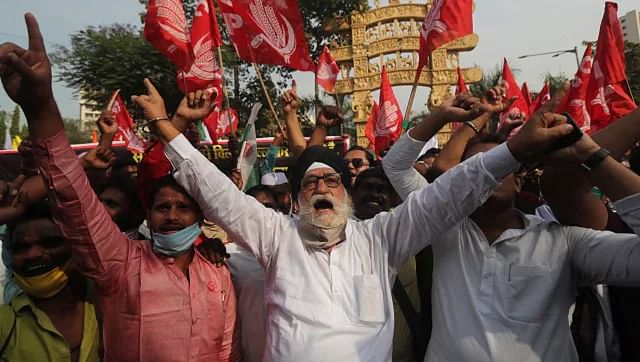