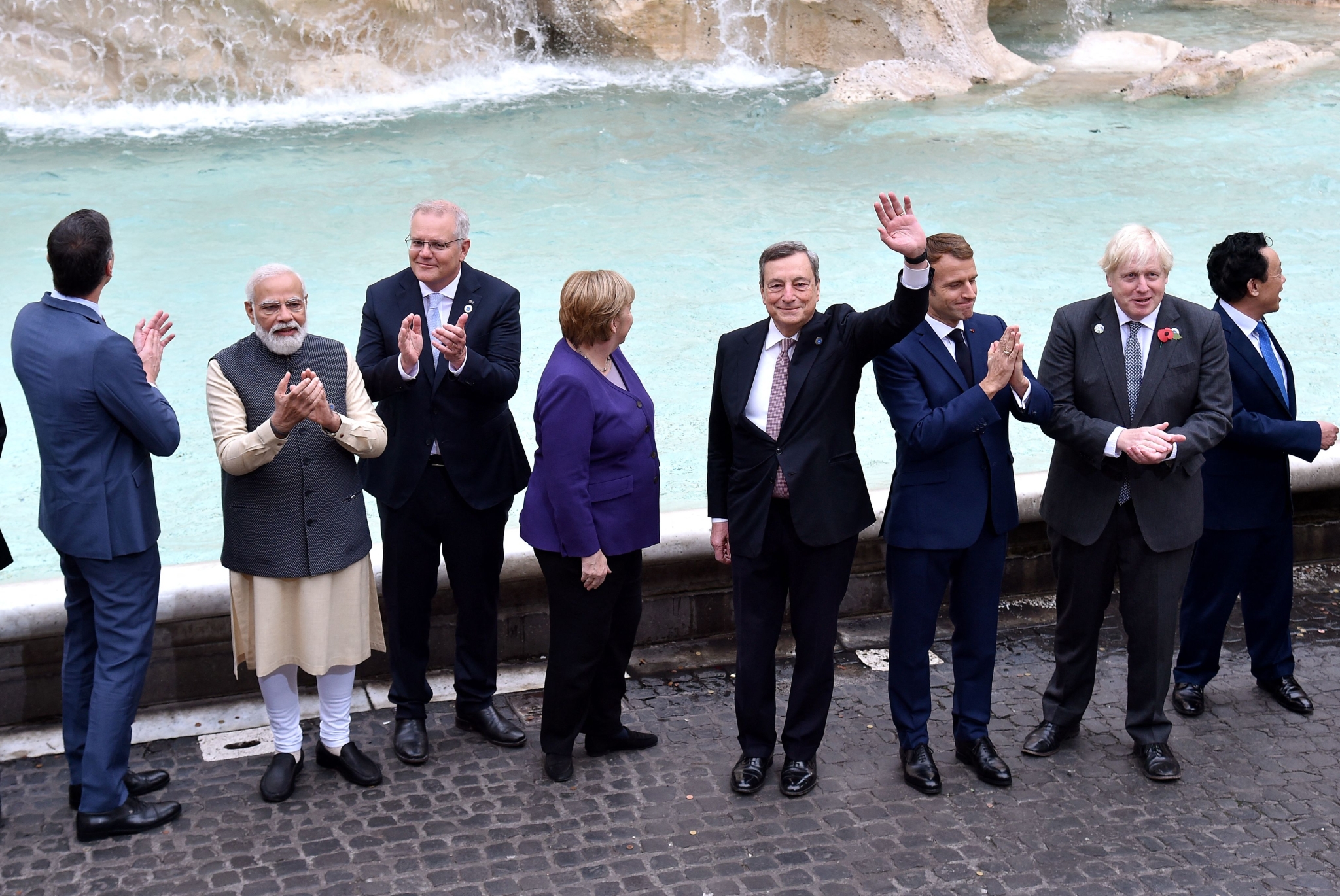 Prime Minister Narendra Modi and other world leaders on Sunday visited the Trevi Fountain on the second day of the G20 Summit in Italy's Rome.

Along with PM Modi, several Heads of the states visited the symbolic place of the historic downtown: Trevi Fountain. He was seen having a conversation with British Prime Minister Boris Johnson and German Chancellor Angela Merkel.

It is believed that if you throw a coin over your shoulder into the water, you will be sure to return to Rome. Trevi Fountain is the largest Baroque fountain in the city and one of the most famous fountains in the world.

Prime Minister Narendra Modi is slated to attend the second session of the G20 Summit at Rome on climate change on Sunday.

PM Modi had a warm meeting with Pope Francis at the Vatican City which lasted for an hour and invited him to visit India. The Prime Minister arrived in Italy on Friday to participate in the two-day G20 Summit.

The theme of this G20 meet under the Italian Presidency is centered around 'People, Planet and Prosperity.' On Sunday, the Prime Minister is expected to have a meeting with Prime Minister of Spain Pedro Sanchez and German Chancellor Angela Merkel on the sidelines of the G20 summit besides participating in discussions on 'Climate Change and Environment and Sustainable Development'.