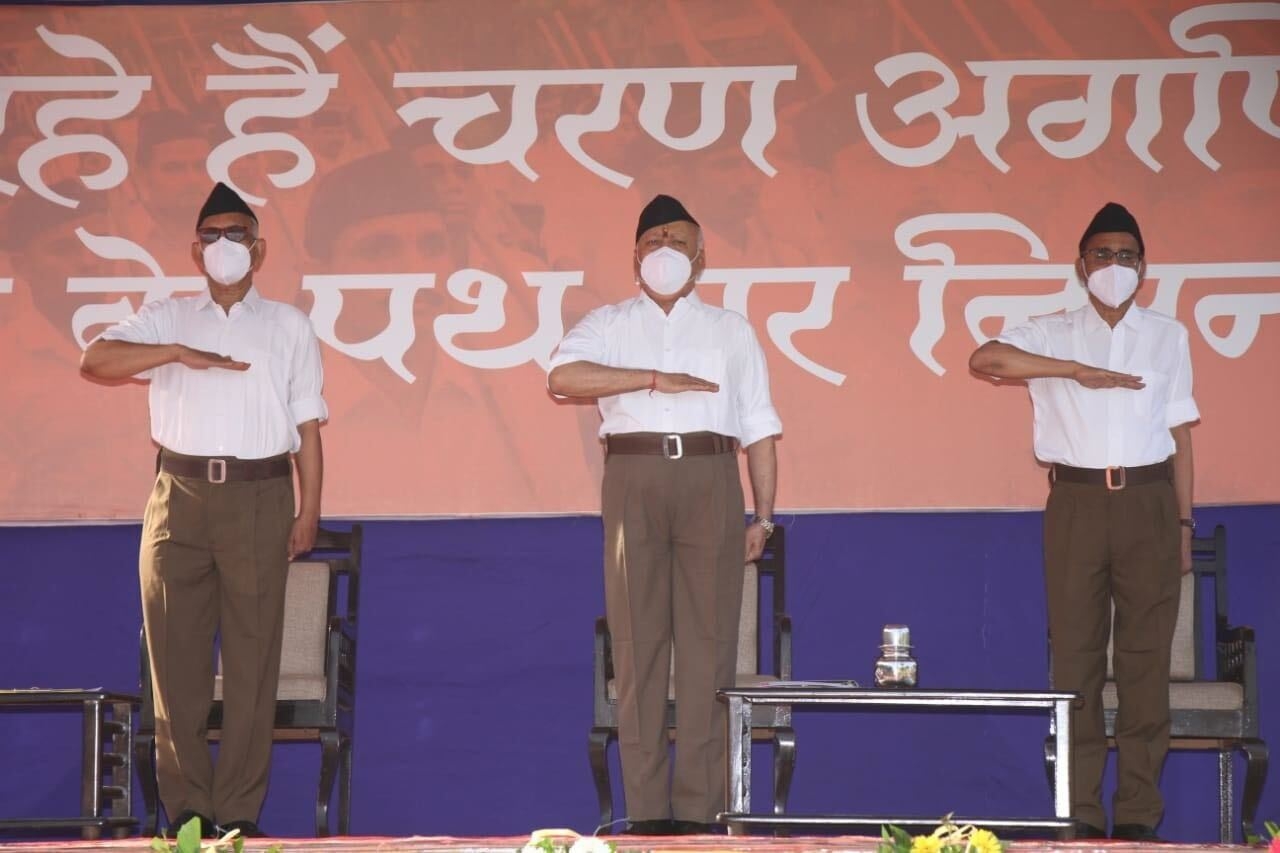 The Rashtriya Swayamsevak Sangh chief Mohan Bhagwat at the Dussehra rally on Friday at Nagpur warned that a systematic effort is underway to confuse the world and even the citizens of the country, through misrepresentation and propaganda against Bharat’s people, the present scenario, Bharat’s history, Bharatiya culture and the socio-cultural groups that are working for the national rejuvenation of Bharat. ‘’Fearful of their impending defeat and a total obliteration, these forces are convulsing and coalescing to execute their operations overtly and covertly. We must see through the conniving of all those groups and cautiously protect ourselves and our society from these psychological snares,’’ he said.

‘’The crooked minds are up to their same old tricks and search for newer avenues to further their misdeeds. Given their vested interests along with supremacist fanaticism rallying some support, misusing people’s gullibility to misguide them, infuriating people by exaggerating their present and imagined difficulties, creating some or the other form of unrest in the society, constant bickering, quarrelling; spreading terror and creating an anarchic state to revive one’s stale narrative and slap it in the society’s face - these tendencies have been exposed for a while now,’’ said Bhagwat.

‘’Clandestine, uncontrolled currency like Bitcoin has the potential to destabilise the economy of all countries and pose serious challenges. At present unregulated broadcasts of varied material on O.T.T. platforms are open for everyone’s indiscriminate consumption. In the backdrop of the pandemic online education was to be introduced,’’ he added.

‘’School-going children are hooked on mobile phones as a rule. In absence of prudence and a regulatory framework, it will become difficult to predict in which way and to what extent will this emerging phenomenon of contact with fair and unfair means sweep our society. However, to what extent anti-national forces wish to use these means is well-known. Therefore, the government must make efforts to regulate these affairs in no time,’’ he said. 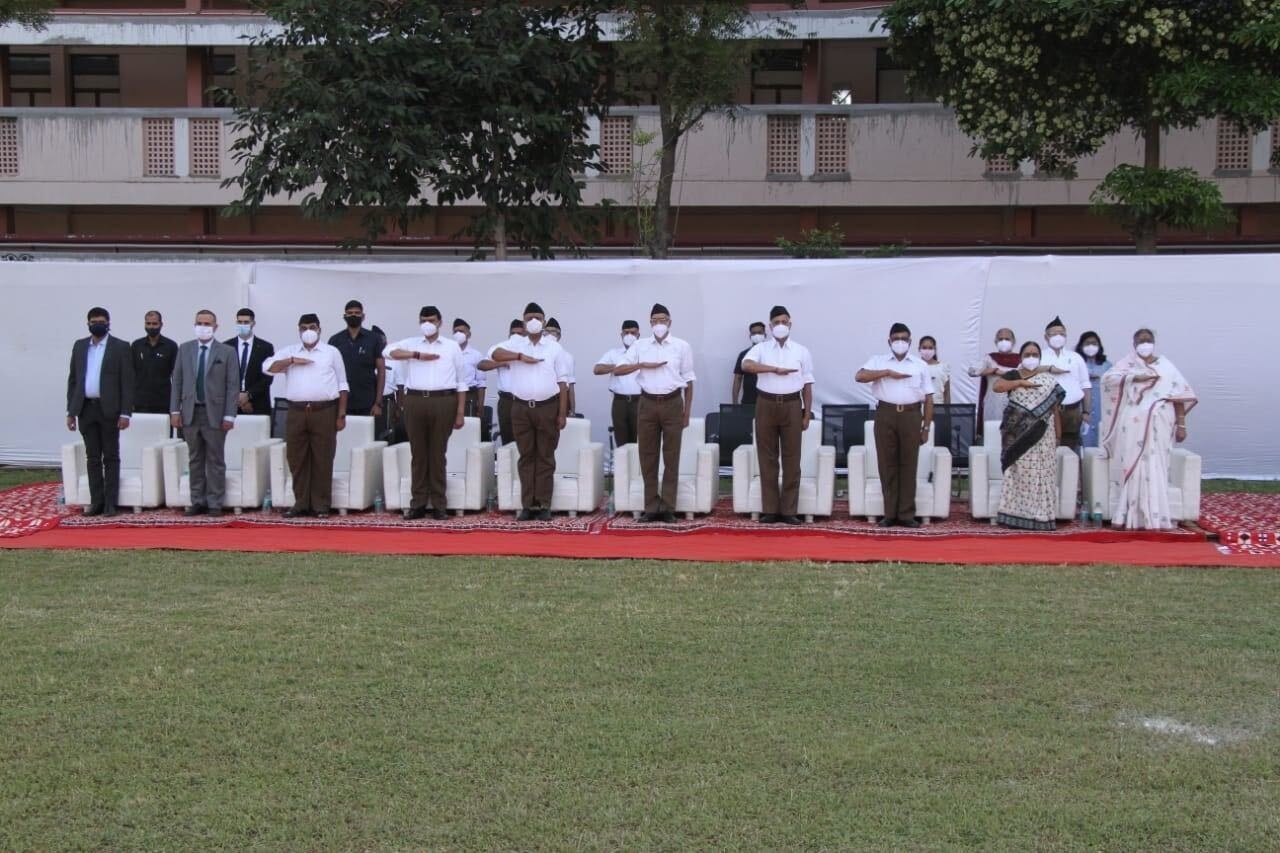 Another situation, which was not entirely surprising, but occurred before the expectation, is the Taliban takeover of Afghanistan. Their predisposition - passionate fanaticism, tyranny and terrorism in the name of Islam - is sufficient to make everyone apprehensive of the Taliban. But now China, Pakistan and Turkey have coalesced in an unholy coalition with the Taliban.

Since Abdali, our north-western borders are once again a matter of serious concern. Taliban has time and again alternated between Kashmir and peace talks simultaneously. This is an indicator that we cannot retire in complacency. Our military preparedness on the borders needs to be alert and sound on all ends and at all times.

‘’In such a situation, the internal security and stability of the country must be secured by the government and the society with caution and vigilance. Efforts to achieve self-sufficiency in the domain of defence and security and to become up-to-date with newer concerns like cyber security must be ramped up. We should be self-sufficient at the earliest when it comes to domains like security. While keeping the channels for dialogue open and without negating the possibility of a heart-change, we must be prepared for all possibilities. In this tragic hour, the need for emotional integration of the people of Jammu and Kashmir with the rest of Bharat should be accelerated is also realised,’’ Bhagwat said.

Terrorists in Jammu & Kashmir have restarted the spate of the targeted killings of national minded citizens – especially Hindus – to destroy their morale and re-establish the reign of terror in the valley. The citizens are braving and shall brave the situation with courage but efforts for curbing and finishing off the terrorist activities needs speeding up.

Despite the threat posed by the Covid pandemic, our Bharatiya economy is showing the potential and confidence to bounce back. There is even news of quick stabilisation and restoration of trade from many quarters. There is growing confidence that if the government succeeds in ensuring the participation of all the stakeholders then the country will sail through the difficulties smoothly. Simultaneously, this situation can also provide us with an opportunity to resurrect and create a paradigm and model which is based in the principle of Swa- that is Selfhood.

Currently, with the use of Ayurveda and other treatment modalities, primary healthcare needs can be effectively addressed at the local village level. If we plan to organise the secondary healthcare system at the zonal level then the availability of the tertiary healthcare centres at district level and prevalence of super speciality medicine in urban centres is possible. Rising above the conflict for supremacy of one method of medicine over another, rational use of all treatment modalities can ensure affordable, accessible, and effective treatment for all.

While reimagining the country’s development one predicament comes to the fore which appears to concern many. The rapid growth of the country’s population may give rise to many problems in the near future. Therefore, this challenge must be duly considered. 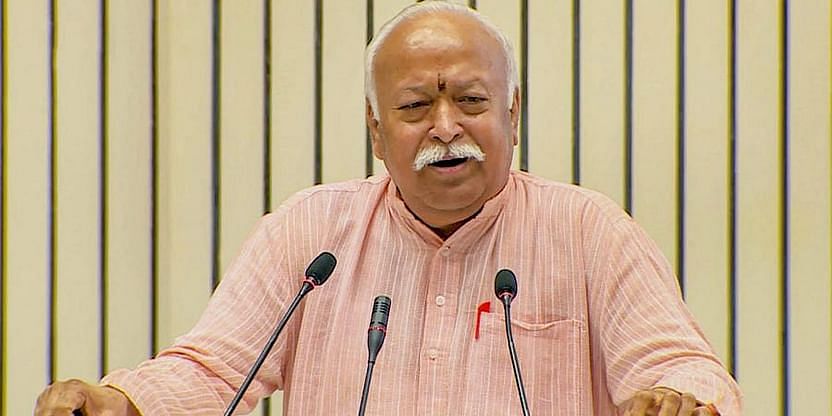 'How do conversions happen?' Here is what RSS chief Mohan Bhagwat has to say
Advertisement