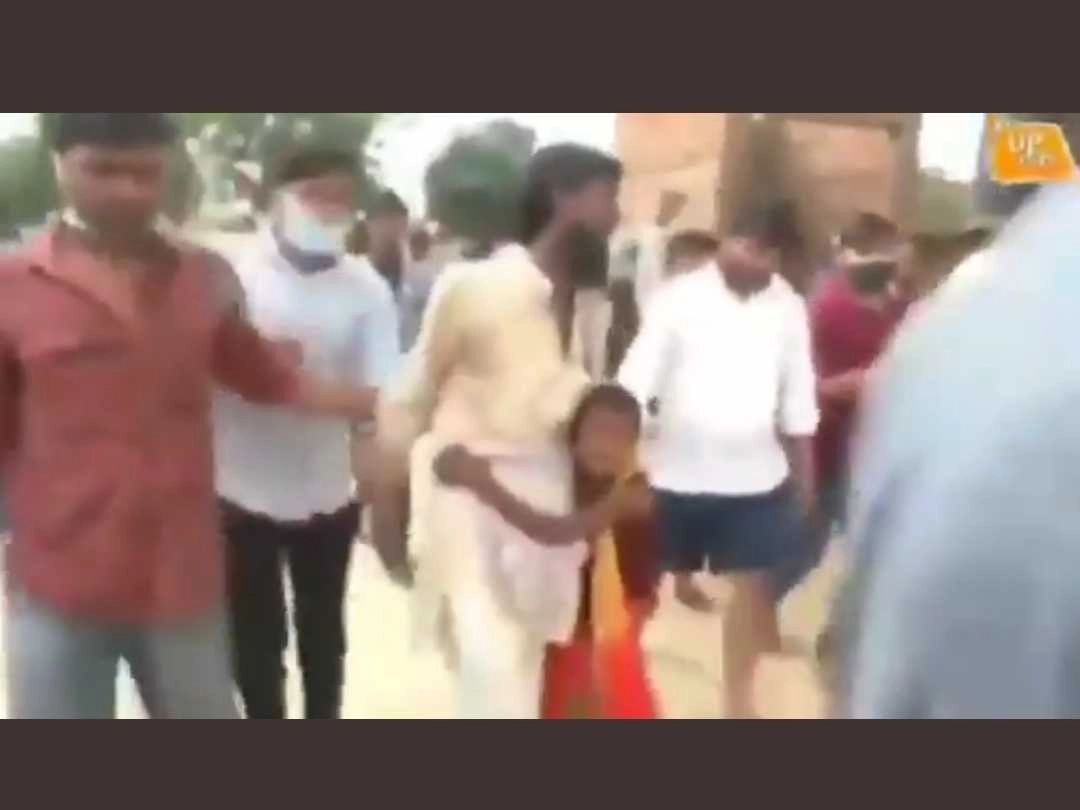 Lucknow: A 45-year-old Muslim man in Uttar Pradesh's Barra Kanpur was paraded through a street, assaulted & made to chant "Jai Shri Ram" and was eventually handed over to the police.

A video of the alleged attack went viral on social media, in which the man's little daughter can be seen begging the attackers to spare him. In the video, it can be seen that the man was being hit while in police custody as well.

The incident took place 500 metres from an intersection where the right-wing group Bajrang Dal held a meeting, where they claimed Muslims in the area were trying to convert a Hindu girl in their locality, according to a report by NDTV. The assault reportedly took place just after the meeting.

The Kanpur police in a statement said, they have filed a case of rioting against a local who runs a marriage band, his son and around 10 unknown people, based on a complaint by the assaulted man.


"We have seen the video of a man being assaulted. Based on a complaint by the victim, we have filed an FIR and we are carrying out the legal process," Raveena Tyagi, a senior police official in Kanpur said in a brief statement.

The man is a relative of a Muslim family in the locality that is involved in a legal dispute with their Hindu neighbors. The Muslim family lodged an FIR against Hindu family members of her neighbour for assault. The Hindu family later lodged a separate FIR, alleging that their daughter was being harassed. During investigation the Hindu side alleged their daughter was 'under pressure to convert'.

According to the report, the Bajrang Dal recently got involved in the matter and they had been making allegations of forcible conversion against the Muslim family.