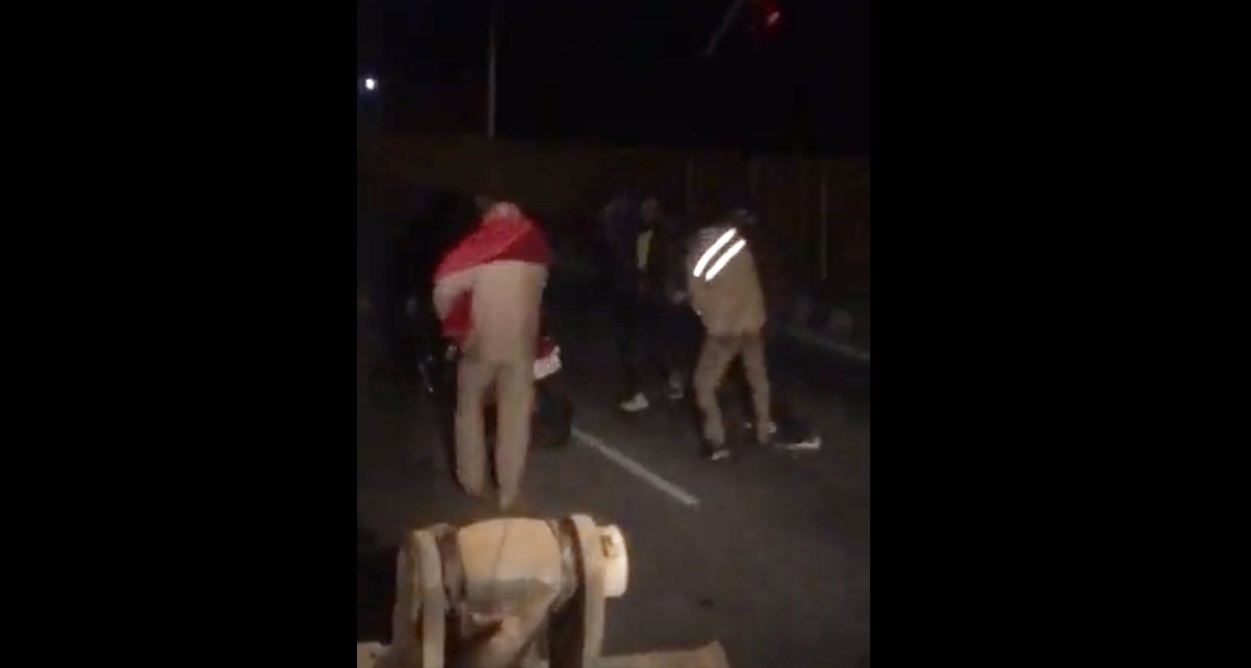 In a shocking incident, a police officer was thrashed by miscreants in Bijnor, Uttar Pradesh.

According to Times Now, the miscreants attacked the cop at night and snatched his gun. The incident occurred at Bhootpuri Tiraha under Afzalgarh police station on Tuesday night.

The policeman identified as Lalit, suffered injuries and has been admitted to a hospital.The video of the incident has gone viral on social media. In the video it can be seen that the miscreants are grabbing the police officer's rifle, dragging him and escaping with the rifle.

Efforts are underway to nab the miscreants, Bijnor Police said. The incident occurred after a truck carrying sugarcane waste dropped some of it on the road in Bhootpuri, after which a JCB was called to remove the waste.

During the cleanup, two men started abusing the truck driver for dropping the waste. Later, when the policeman and a home guard tried to intervene, the two accused started a fight with the policemen and snatched his rifle. They then fled from the spot with the rifle.