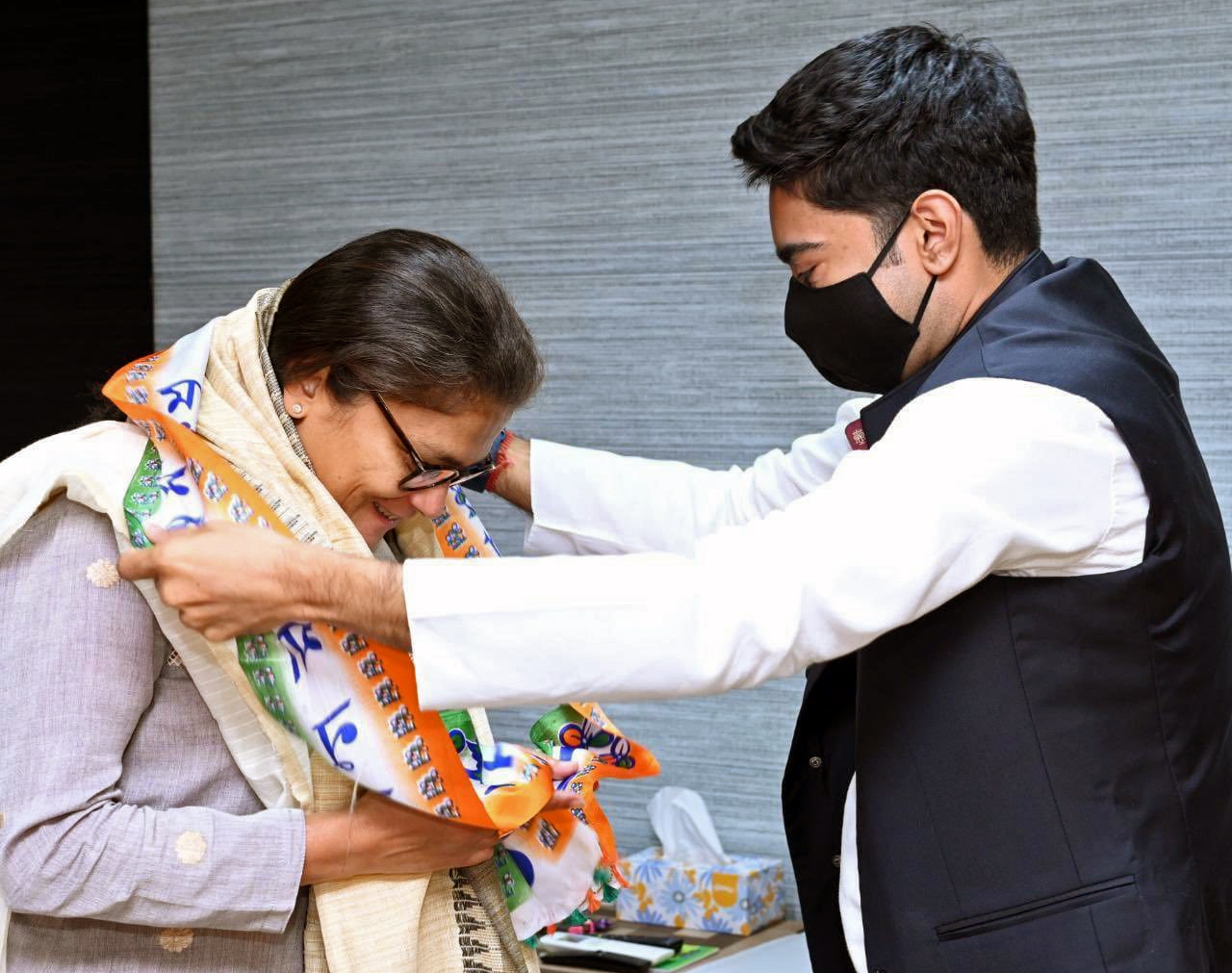 Kolkata: National spokesperson of the Congress and its women's wing chief, Sushmita Dev, who joined the TMC on Monday is likely to get charge of Assam.

In a video clip Sushmita said that Mamata Banerjee has an excellent vision for her party.

“I have visited Kolkata with TMC MP Derek O’ Brien and after meeting TMC national secretary Abhishek Banerjee met Mamata Banerjee at her office. We had a good discussion there and she has an excellent vision for her party. The rest of the question I will answer in a press conference on Tuesday at the national capital,” said Sushmita who earlier this day had resigned from the Congress.

Thanking Mamata Banerjee for including her in TMC, Sushmita took to Twitter and wrote, “Will give it all I have got…. @MamataOfficial thank you #KhelaHobe.”

According to TMC sources, Sushmita will be given charge of expanding the Trinamool Congress in Assam.

It can be recalled that after the recently concluded Legislative election Abhijit Mukherjee, son of former President Pranab Mukherjee also left Congress and joined the TMC.