"Some people see human rights violations in some incidents but not in other similar incidents. Human rights are violated when viewed via political spectacles. Selective behaviour harmful to democracy," he added.
FPJ Web Desk 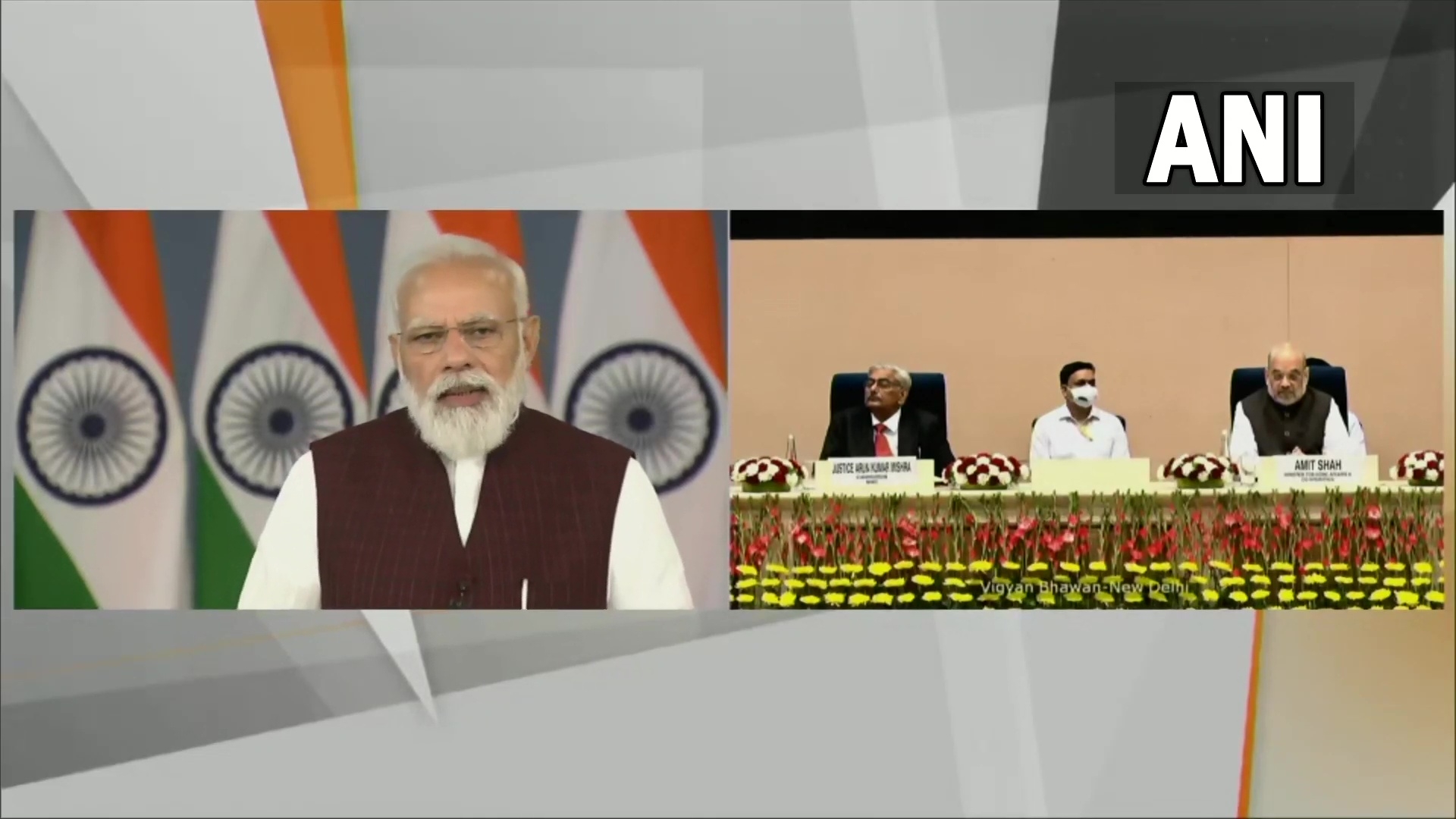 Prime Minister Narendra Modi on Tuesday addressed the 28th NHRC Foundation Day program, highlighting various programs undertaken by the government. Human rights, he opined, should not be only about rights, but also duties. He also spoke about various steps taken in recent years - from from laws against triple talaq to providing paid maternity leave of 26 weeks to career women - that have been implemented to safeguard human rights.
"Even after Independence, our constitution gave a new perspective on equality to the world. In the past decades, the world has been distracted so many times but India remained committed to its principles," Modi noted.

"Nation is going ahead with 'Sabka Saath, Sabka Vikas, Sabka Vishwas, Sabka Prayas'. In a way, it also works on basic principle of ensuring human rights for all. If Govt starts a scheme and it benefits only a few, it'll raise the issue of rights. That is why we are going ahead with the goal of ensuring that everyone gets the benefits of all schemes," he added.

Speaking about various schemes undertaken by the Indian government, Prime Minister Modi touched upon several safety measures that have been put in place. "For women safety, one-stop centres have been set up in over 700 districts, providing medical, police, mental counselling and legal help to them. Over 650 fast track courts have been set up, and for heinous crimes like rapes provision of death penalty has been introduced," he said.

The interests of Muslim women have also been protected with laws against Triple Talaq and an end to the compulsion of 'Mahram' during Haj, Modi added.

"In the last 7 years, about 60 crore poor population have been taken care of, they felt assured that there's somebody for them. 10 crore women have been provided with toilets, about 4 crore houses provided access to electricity," said Home Minister Amit Shah.

Taking a swipe at critics and the Opposition, Prime Minister Modi condemned "selective behaviour" by some individuals that harmed the nation's image. "Some people see human rights violations in some incidents but not in other similar incidents. Human rights are violated when viewed via political spectacles. Selective behaviour harmful to democracy," he said.