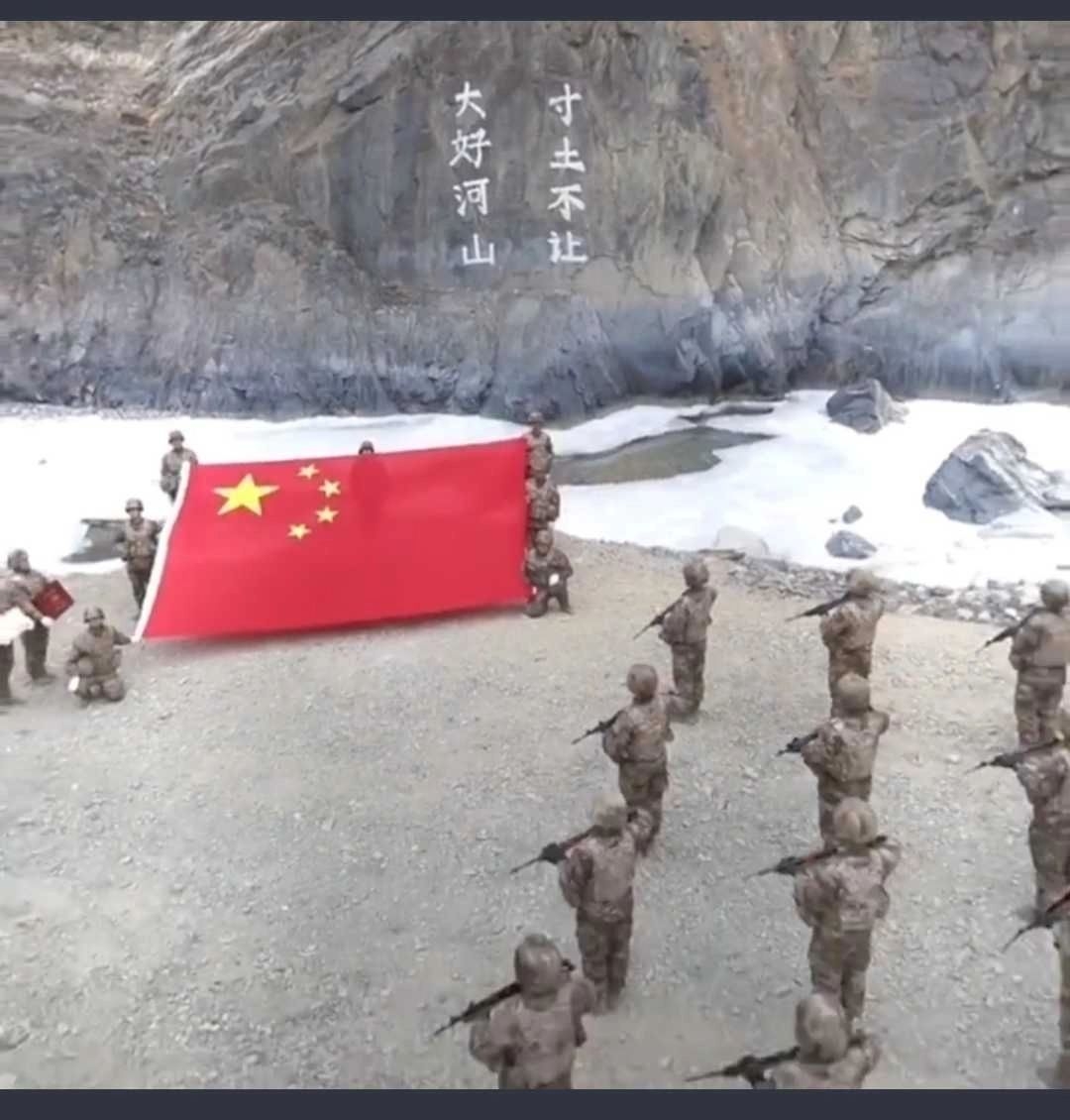 Ladakh: Army sources said that a video from an official Chinese media handle on twitter, which shows a Chinese flag being unfurled in Galwan valley, does not violate the demilitarised zone between the two countries in the area, a report by NDTV said.

In other words, the flag is being flown in undisputed Chinese-held areas, and not near the bend of the river where Indian and Chinese soldiers had clashed in June 2020.

The video and the tweet says, "China's national flag rise over Galwan Valley on the New Year Day of 2022."

The tweet claims that this flag is special since it once flew over Tiananmen Square in Beijing.

India lost 20 troops in the fiercest clash between the two sides in a long time. The Chinese also suffered significant casualties. The clash led to the hardening of India's stand, which has now allowed troops to use weapons during patrolling after the use of unorthodox weapons by Chinese troops.

The Indian Army has already built a memorial for the ‘Gallants of Galwan’ at Post 120 in eastern Ladakh.