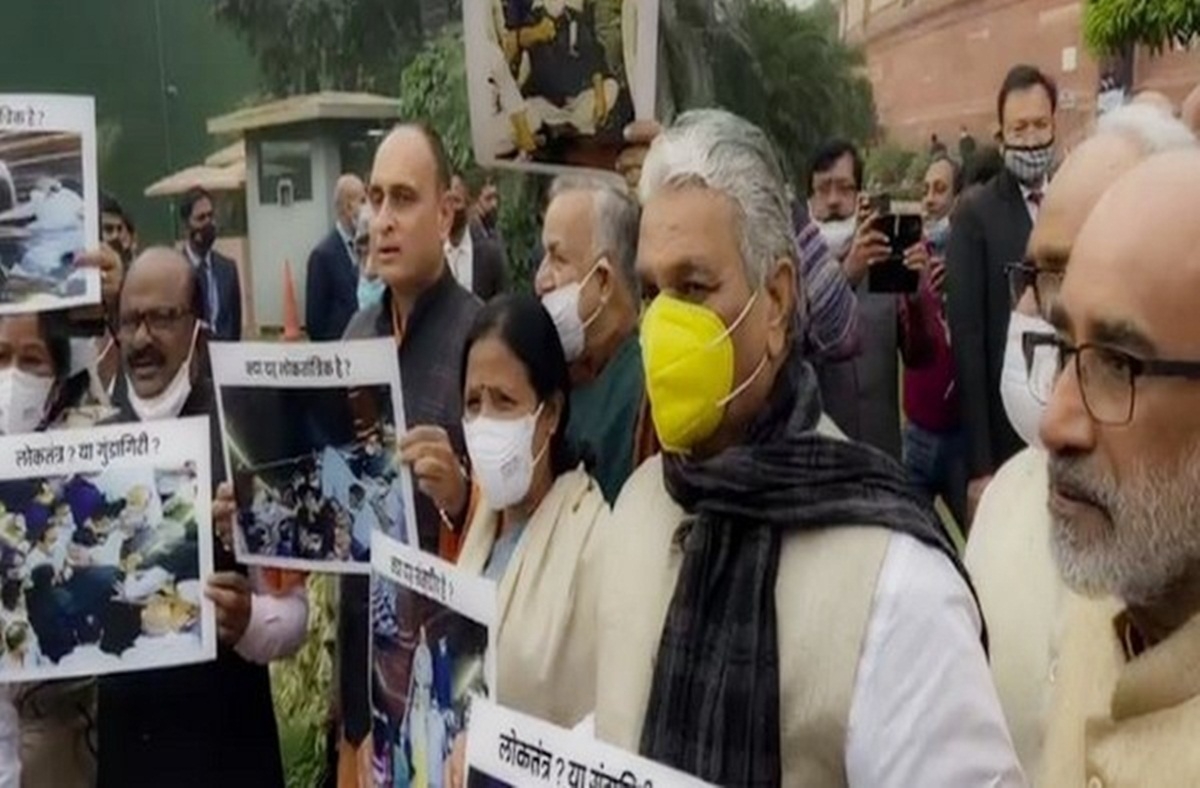 New Delhi: Bharatiya Janata Party (BJP) MPs staged a protest in Parliament on Friday against the 'unruly' behaviour of the Opposition parties.

On the other hand, Opposition MPs protested against the suspension of 12 Rajya Sabha MPs.

Since the commencement of the winter session of the Parliament on Monday, there have been continuous disruptions in the functioning of both Houses.

The winter session is likely to conclude on December 23.