Let us tell you that in the Guna district of Madhya Pradesh, early Saturday morning four persons, including three policemen, died in a shoot-out between police and blackbuck poachers.

The administration is on high alert after three policemen were shot dead by illegal blackbuck poachers in the Guna district of Madhya Pradesh late Friday night.

On Saturday, the government promptly began action against one of the accused poachers Naushad Mewati of Bedoriya village in Guna district, who was killed in cross-firing by the police. The police and the district administration today swung into action and used a JCB bulldozer to mow down the house of Naushad where his body was kept hidden. Photos and videos of the administration's actions were also circulated on social media platforms. According to the police, this morning, the deceased and accused Naushad was found in a house near Sahyog. His body was later recovered.

Reportedly, after it was found out that the house belonged to the accused Naushad, on the orders of the administration, the police and other government officials demolished the house by running a bulldozer.

Let us tell you that in the Guna district of Madhya Pradesh, early Saturday morning four persons, including three policemen, died in a shoot-out between police and blackbuck poachers.

The police have said that they have identified almost all the accused in this case, but now their names have not been disclosed.

All the accused fall under the Aaron police station.

At present, the police teams are engaged in searching for the remaining escaped poachers.

Meanwhile, in the wake of the incident, Chief Minister Shivraj Singh Chouhan and the state Home Minister Narottam Mishra held an emergency meeting with the Home Secretary, DGP and senior police officials of the Gwalior-Chambal region. 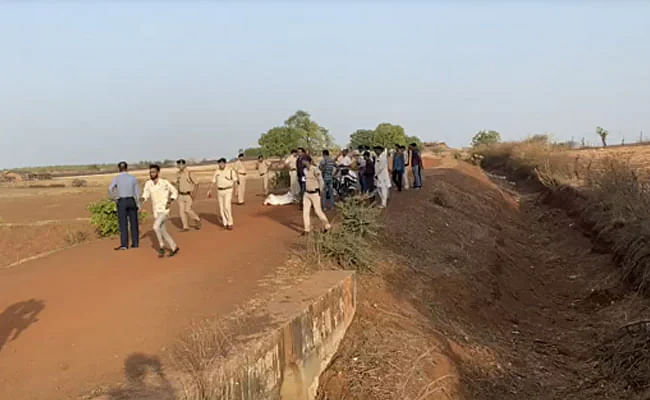