The woman said, "Leopard entered my house around 9.45 am; tried to attack me but I immediately went into the kitchen & locked myself there..."

Aligarh: A leopard reportedly entered a house in the Jawan village of Aligarh in Uttar Pradesh and tried attacking a woman on Saturday morning at around 9:45 am. The woman identified as Sunita said she immediately ran inside her kitchen and locked herself up there. The leopard did some damages inside the house, as per Sunita.

The animal has been safely rescued by forest department officials. A video of the rescue has emerged. In the video, officials can be seen carrying the leopard in a net from inside the house to their vehicle.

Inverter, motor and lights damaged in the room where the animal was trapped

Sunita said, "Leopard entered my house around 9.45am; tried to attack me but I immediately went into the kitchen & locked myself there. I was really scared. It has damaged lights, inverter & water motor in the room it remained."

Aditi Sharma, Conservator of Forest, Aligarh, said that the leopard is around 3 to 3.5 years old and weighs 60 kg. A team from the forest department along with two teams of doctors from Etawah Lion Safari and Wildlife SOS. Ms Sharma informed that the animal had caused a minor scratch to a child today morning who is doing well now.

Read Also
Maharashtra: Tigers & leopards behind most of 105 deaths caused by wild animals 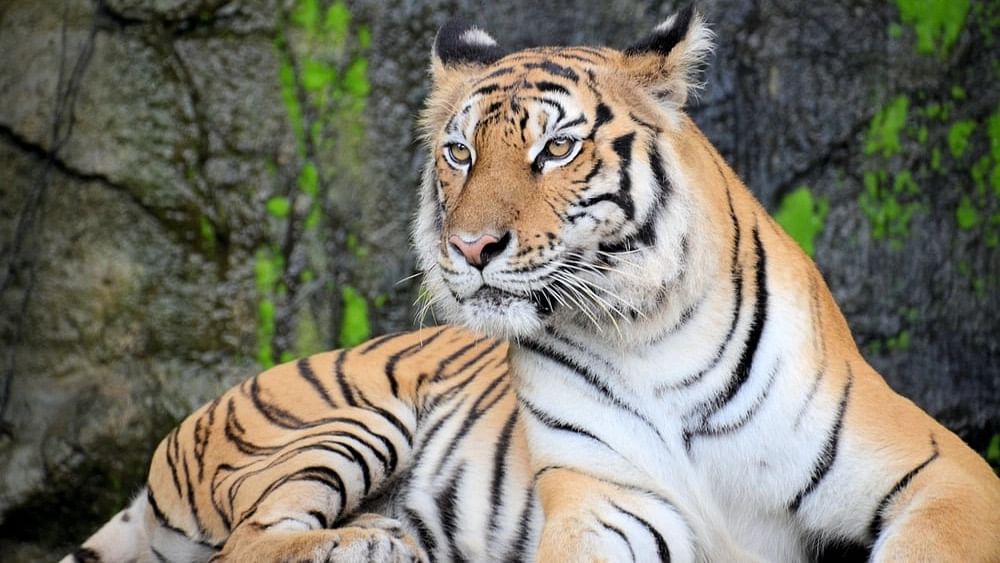