The hackers displayed the Pakistani flag on the screen during the news broadcast with 'Hacked by Revolution PK'.

The YouTube account of a digital news channel of Assam 'TIME8' was hacked during a live stream by a Pakistan-based hacking group identified as 'Revolution PK'.

The hacking took place on Thursday by a Pakistani hacking group during the channels' live stream, which ran the lines, ‘Respect The Holy Prophet (PBUH) Hazrat Muhammad S.A.W.W,’ along with replacing a live feed with the Pakistani flag.

The hackers displayed the Pakistani flag on the screen during the news broadcast with 'Hacked by Revolution PK'.

After this news, the hashtag ‘Revolution PK’ started trending on social media.

In this regard, the channel released a statement which stated, “On June 9, during a live news stream, the TIME8’s transmission was disturbed and while a breaking news segment was on the air, the screen was replaced with Pakistan’s flag and a hymn running in the background saying praises for Prophet Muhammad (PBUH). The ticker of the live screen was also replaced with ‘Respect Holy Prophet (PBUH)’ text, highlighting the recent blasphemous incident.” Assam's Pratidin Time quoted the statement from the channel.

It is to be noted that a few days ago, sacked BJP spokesperson Nupur Sharma had made blasphemous remarks regarding Prophet Muhammad. Numerous protests are also being held in various Indian states. 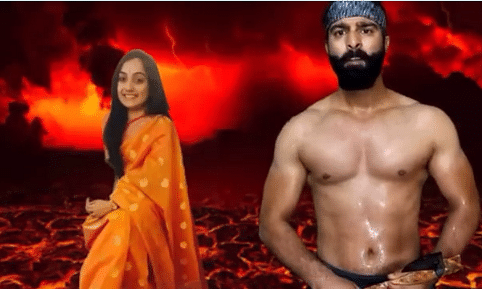