While some chanted 'Bharat Mata Ki Jay' while his mortal remains were carried being out, others raised flags and paid tributes to India's first Chief of Defense Staff.
FPJ Web Desk 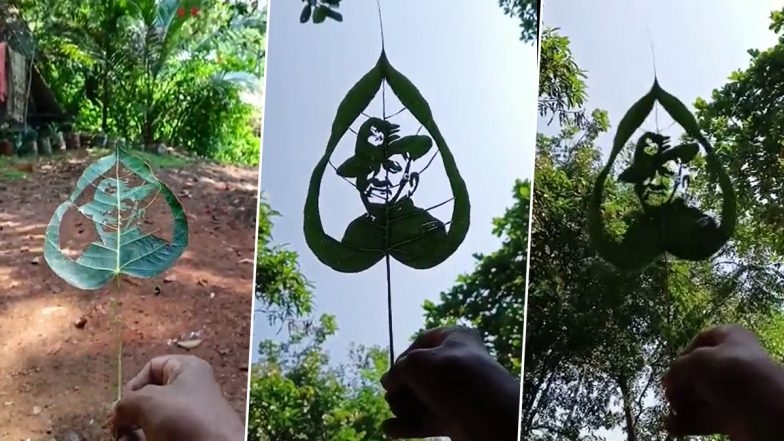 In a tragic incident, 11 security personnel, including Chief of Defense Staff (CDS) General Bipin Rawat and his wife Madhulika, were killed in a helicopter crash in Tamil Nadu two days ago on December 8. Suddenly the country lost great patriotic devotees.

With this, the common people, the central and state government officials, leaders, sports personalities, celebrities and the whole nation is paying tributes to Bipin Rawat and the rest of the martyrs.

While some chanted 'Bharat Mata Ki Jay' while his mortal remains were carried being out, others raised flags and paid tributes to India's first Chief of Defense Staff.

Among many such tributes, pouring in for Chief of Defence Staff, is a piece of unique artwork that was shared by Union Minister Ashwini Vaishnaw, actor Anupam Kher and IPS officer HGS Dhaliwal.

An artist named Shashi Adkar’s tribute to late CDS General Bipin Rawat with a beautiful leaf art has gone viral on social media. In the video, the artist very articulately cut out a peepal leaf to carve out CDS Rawat’s portrait. He had shared his creation on Instagram yesterday, and it has since been widely circulated online.

"Salute!" Union Minister Ashwini Vaishnaw wrote while posting a video of the artwork.

In the unique artwork video, the song 'Teri Mitti' from the movie “Kesari” is heard in the background.

General Bipin Rawat, his wife and 11 others were killed in an IAF helicopter crash in Tamil Nadu on Wednesday. Their mortal remains were cremated today at Brar Square crematorium in Delhi Cantonment. The funeral procession started from Kamraj Marg in the national capital and reached Brar Square. The last rites were performed with full military honours.