The festival which marks the birthday of Lord Ram was celebrated on Sunday with processions during which incidents of stone-pelting and rioting were reported from states such as Madhya Pradesh and Gujarat.

Burdwan: People from different communities take part in the harmony procession organised on the occasion of Ram Navami, in Burdwan, Sunday, April 10, 2022. | -
Advertisement

The Vishva Hindu Parishad alleged on Monday that minority community leaders and Left liberals are to be blamed for "attacks" across the country on people celebrating Ram Navami and cautioned them against leading their followers on the path of violence.

The festival which marks the birthday of Lord Ram was celebrated on Sunday with processions during which incidents of stone-pelting and rioting were reported from states such as Madhya Pradesh and Gujarat.

In the national capital, two groups of students clashed at the prestigious Jawaharlal Nehru University (JNU) allegedly over serving of non-vegetarian food on Ram Navami in its mess, with police saying six students were injured.

In a video message, Vishva Hindu Parishad (VHP) joint general secretary Surendra Jain termed the violence on Sunday in Madhya Pradesh, Gujarat, Jharkhand and JNU as "unfortunate" and said it is everybody's responsibility to ensure that such incidents do not happen.

"It is unfortunate that attacks were carried out during Ram Navami celebrations at several places in the country on the pious occasion...Wherever, Muslims are in large numbers, they carried out attacks during the Ram Navami festival, injured people and tried to kill," he alleged.

Jain said he appeals to "all Christian missionaries, jihadis and Left liberals" to understand that "the Hindu society cannot tolerate such kind of violence".

"It is everybody's responsibility...I appeal to Muslim leaders not to lead their society on such a path. This is neither in your interest nor your society," he said.

Curfew was clamped in Khargone in Madhya Pradesh and 77 people were arrested after stones were hurled at a Ram Navami procession, which led to incidents of arson.

Khargone Superintendent of Police Siddharth Choudhary suffered a bullet injury during the violence and besides him, at least 24 others, including six policemen, were also hurt.

Police had to fire tear gas shells to control the situation after stone-pelting took place on the procession.

Chief Minister Shivraj Singh Chouhan termed the incident as unfortunate and said damages to public and private properties will be recovered from rioters.

The rioters have been identified and will not be spared. Strict action will be taken against them, he said, and asserted that there is no place for rioters in Madhya Pradesh.

In Gujarat, while police arrested nine people for allegedly pelting stones and being involved in violence during a Ram Navami procession at Anand district's Khambat town, prohibitory orders were imposed in Himmatnagar following similar incidents there, officials said on Monday.

One person was killed in the clashes in Khambhat town on Sunday.

Sabarkantha Collector Hitesh Koya in an order on Sunday evening prohibited gathering of more than five people in some sensitive areas of the town, including the Chhaparia area, where arson took place.

The prohibitory orders will remain in force till April 13.

A day after the clash in JNU, security has been tightened to maintain peace and ensure no untoward incident takes place, police said.

According to police, security, both inside and outside the campus, has been stepped up.

The Delhi Police registered an FIR against unknown members of RSS-affiliate ABVP based on the complaint received from a group of students in connection with the on campus clashes.

Deputy Commissioner of Police (Southwest) Manoj C said that they received a complaint from a group of students who are members of the JNUSU, SFI, DSF and AISA early Monday morning against unknown ABVP activists.

In Jharkhand's Lohardaga district, one person died and around 12 people sustained injuries as violence broke out during a Ram Navami procession on Sunday, official said.

Ten bikes and a pick-up van were also set on fire during the violence, they said.

After the incident, internet services were suspended in Lohardaga town "to prevent rumour mongering". Prohibitory orders under section 144 of the CrPC were also clamped on the entire district, Sub-divisional Officer (SDO) Arbind Kumar Lal said.

"The situation is now under control. There is no disturbance anywhere," Lal told PTI. 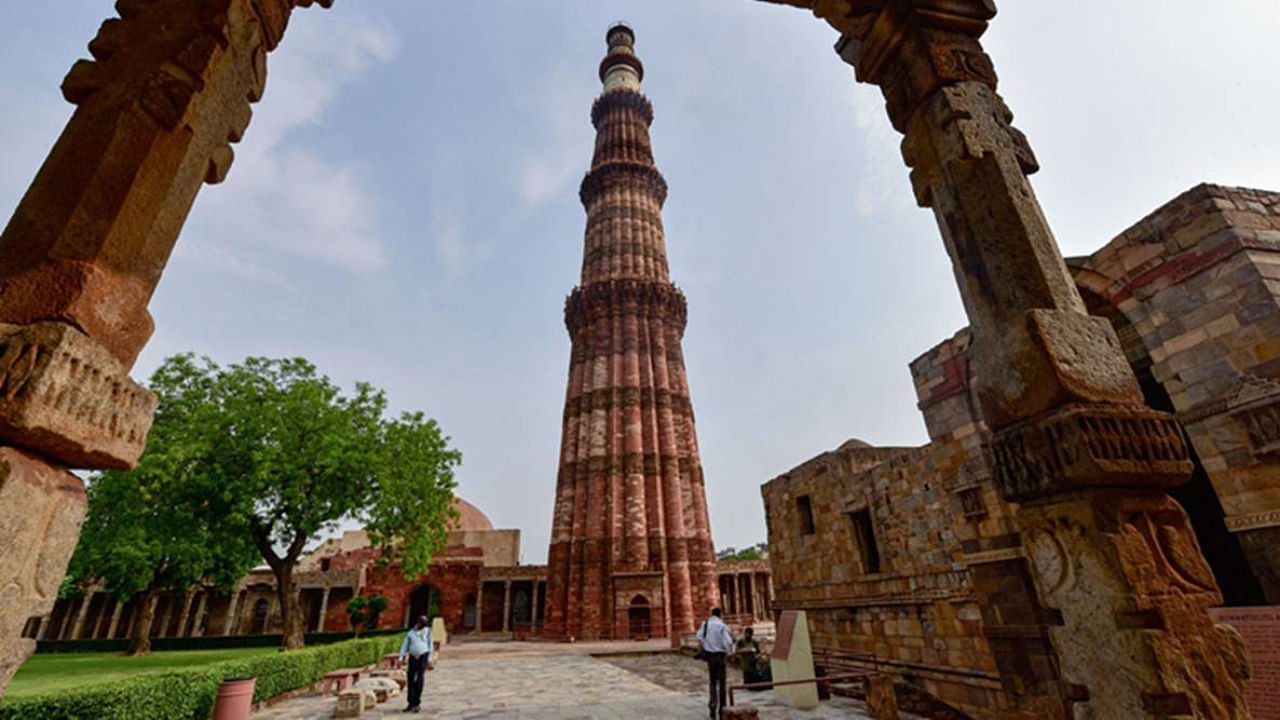 Qutab Minar was actually Vishnu Stambh: VHP Spokesman Vinod Bansal as he says 'it was built just to...