Uttarakhand: 78-year-old woman names all her property after Congress leader Rahul Gandhi, says 'very much influenced by his thoughts'

In a rare incident, an old woman from Uttarakhand's Dehradun has named all her property after Congress leader Rahul Gandhi, including assets worth 50 lakhs and 10 tola of gold.

According to India Today report, Pushpa Munjial has presented a will in the Dehradun court, giving the ownership title of her properties to Rahul Gandhi.

The 78-year-old woman described the Congress leader and his ideas as necessary for the country. She said she is very much influenced by the thoughts of Rahul Gandhi and that is why she is giving her property to him.

This comes a month after Congress faced defeat in the recently concluded assembly elections in the state.

Even though the Congress, in its election manifesto, promised to keep the price of LPG cylinders below Rs 500, jobs, monetary allowance to five lakh families, better health facilities and 40 per cent reservation for women in government jobs, it appears people voted on the issues of national security, army welfare, and religious tourism. 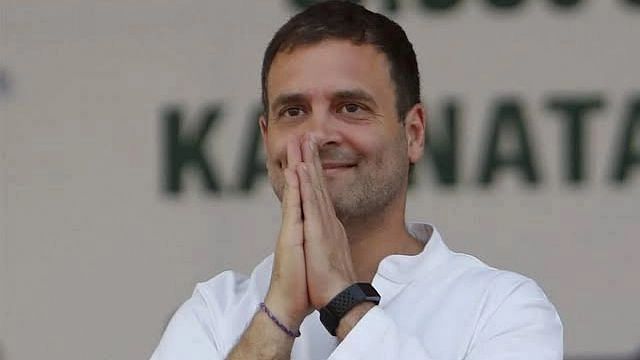 The BJP which emerged victorious had accused the former Harish Rawat government of practising the politics of appeasement. During an election rally last year, Home Minister Amit Shah said the Congress, during its tenure, had allowed highways to be closed for namaz and had promised a Muslim University in the state. It appears that the BJP was able to get votes over these issues.

The Congress, which fought under the leadership of Mr Rawat, won just 19 seats against BJP's 47 out of a total of 70 assembly seats, with political observers attributing the loss to factionalism in the opposition party besides other factors. HomeIndiaUttarakhand: 78-year-old woman names all her property after Congress leader Rahul Gandhi, says 'very much influenced by his thoughts'