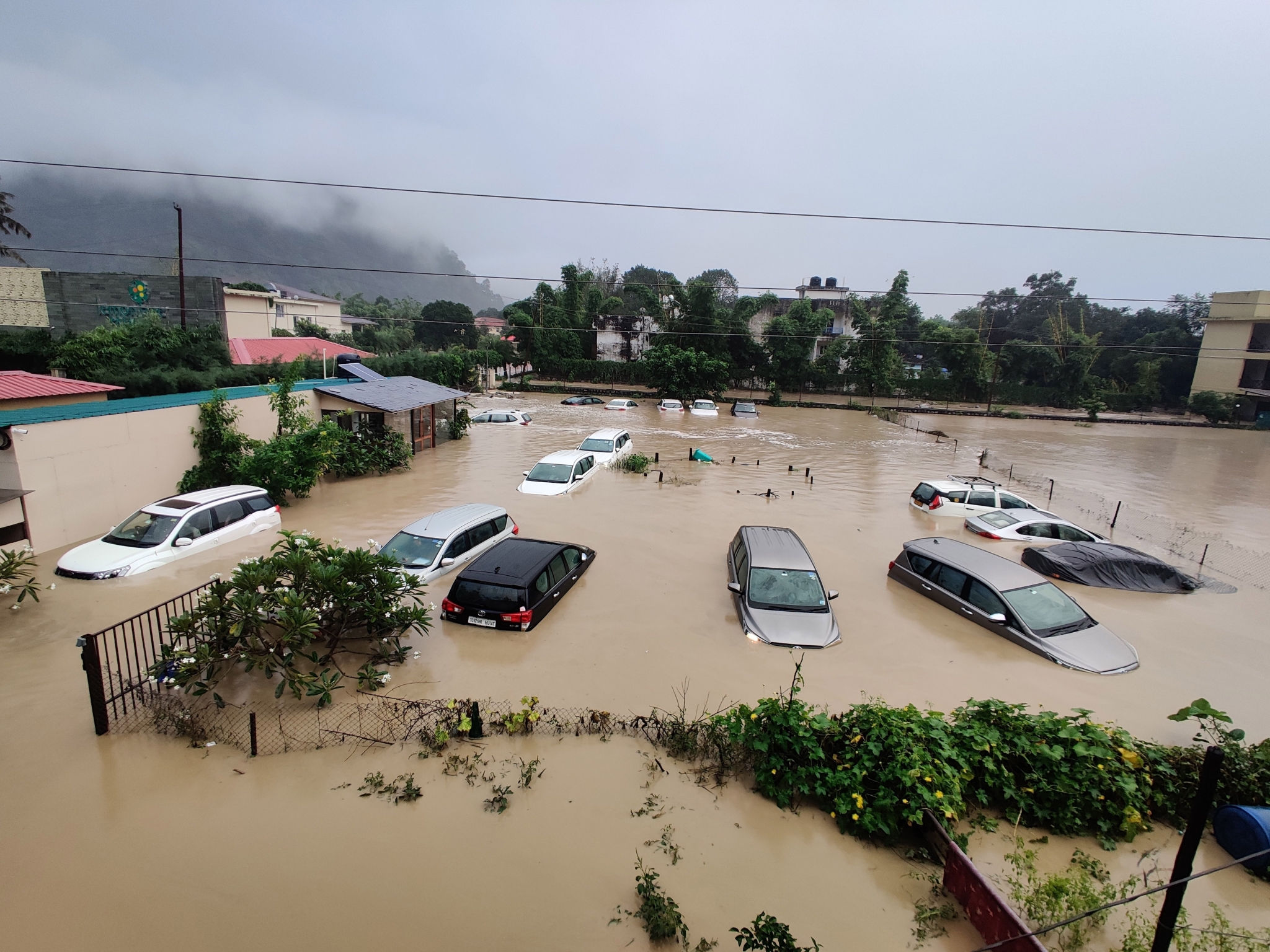 At least 34 people are dead as heavy rainfall battered Uttarakhand for the third consecutive day; authorities apprehend that many more may be trapped in debris or marooned. Eleven deaths were reported on Tuesday; seven people died after house collapse incidents in the Mukteshwar and Khairna areas of Nainital and one person was swept away in Udham Singh Nagar.

Nainital was cut off from the rest of the state with three roads leading to the picturesque lake district blocked due to a series of landslides. Roads to Kaladhungi, Haldwani and Bhawali were also blocked.

Around 100 people stuck the roof of the posh Lemon Tree Hotel near the Jim Corbett National Park have been rescued. Water from the swollen Kosi river had entered the resort located on the Ramnagar-Ranikhet route. A visual showed a tractor being pressed into service to ferry people.

The Jim Corbett park itself is experiencing massive flooding, with what were once mellow streams turning into torrents of gushing water, inundating almost anything in its way.

The Mall Road in Nainital and the Naina Devi temple located on the banks of Naini lake have been flooded, while a hostel building has been damaged due to landslides. An incident of cloudburst was reported from Ramgarh in Nainital district. Several people were feared trapped under the debris.

A vehicle was swept away and got wedged between some rocks near the Badrinath highway, with powerful water currents threatening to send it plummeting down the hill. The car was ultimately pulled to safety by the Border Roads Organisation (BRO). The Badrinath National Highway in Chamoli district is completely choked.

In a viral video, an elephant was seen stranded on a tract of land in the swollen Gaula river, trying to stand at one place as the water swirled around it. Forest officials later directed the elephant towards the jungle.

Three helicopters were deployed for rescue operations. Of the three, two have been rushed to Nainital and one to the Garhwal region. Giving details of the eight out of 11 fatalities reported on Tuesday, the State Emergency Operation Centre said seven people were killed in the wee hours in two separate house collapse incidents following heavy rains at Totapani and Kvarav villages of Mukteshwar and Khairna areas of Nainital district, respectively.

Chardham yatris have been told to stay put and not to resume their journey before the weather improves. The CM has asked the DMs of Chamoli and Rudraprayag districts to take special care of the pilgrims. He also said that Prime Minister Narendra Modi had spoken to him on the phone to take stock of the situation and assured him of all necessary help.

Gujarat Chief Minister Bhupendra Patel also spoke to his Uttarakhand counterpart. According to a rough estimate, around 100 pilgrims from different parts of Gujarat, who were on a Chardham Yatra, are stranded on the route. 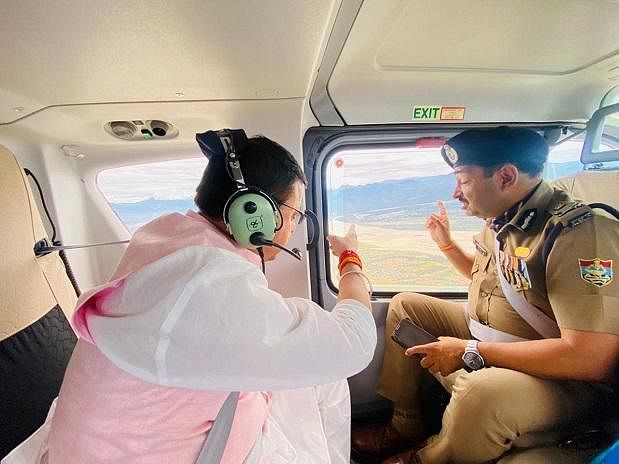