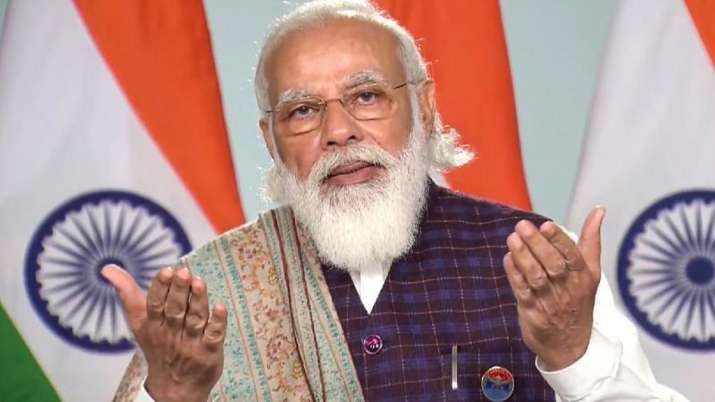 Lucknow: Besides Lucknow and Varanasi, Uttar Pradesh will have another international airport becoming operational from Wednesday. The Prime Minister Narendra Modi would inaugurate the much-awaited Kushinagar International Airport in the presence of Sri Lankan President Lt Colonel Gotabaya Rajapaksa on October 20.

The Kushinagar airport on this day would also witness the arrival of its maiden international flight from Colombo with the president and a 125-member delegation accompanying him on board, including Buddhist monks and pilgrims on the occasion.

With the opening of Kushinagar Airport, the inflow of international tourists as well as outbound tourism are expected to increase by 15 to 20 percent in the coming years, because of its strategic location near Buddhist sites in both Uttar Pradesh and north Bihar. The airport will facilitate hassle-free movement of tourists from countries with sizeable Buddhist population in East Asia and South-East-Asia to the six Buddhist sites in Uttar Pradesh located in Kushinagar, Sarnath and Shravasti because of its better connectivity to these places, as well as Buddhist sites located in north Bihar.

Spread over an area of 590 acres, the International airport at Kushinagar boasts of world-class facilities. The eight-storied state-of-the-art Air Traffic Control (ATC) tower built at the cost of Rs 17.5 crore, has become fully operational at the airport whereas the navigation system for safe landing and takeoff of flights at the airport has passed the trial successfully.

Meanwhile, a large workforce is being trained to enhance tourists’ experience under the Ministry of Tourism’s Incredible India Tourist Facilitator Programme. According to tourism industry experts, the Kushinagar International Airport will give a fillip to the development of Eastern UP with aviation, tourism and hospitality industries set to boom.

The Buddhist circuit in India, including sites located largely in eastern Uttar Pradesh and Bihar are a big draw for Buddhist pilgrims, particularly from East Asia and South-East-Asia. However, the flow of tourists has severely been affected lately due to a novel corona virus pandemic.