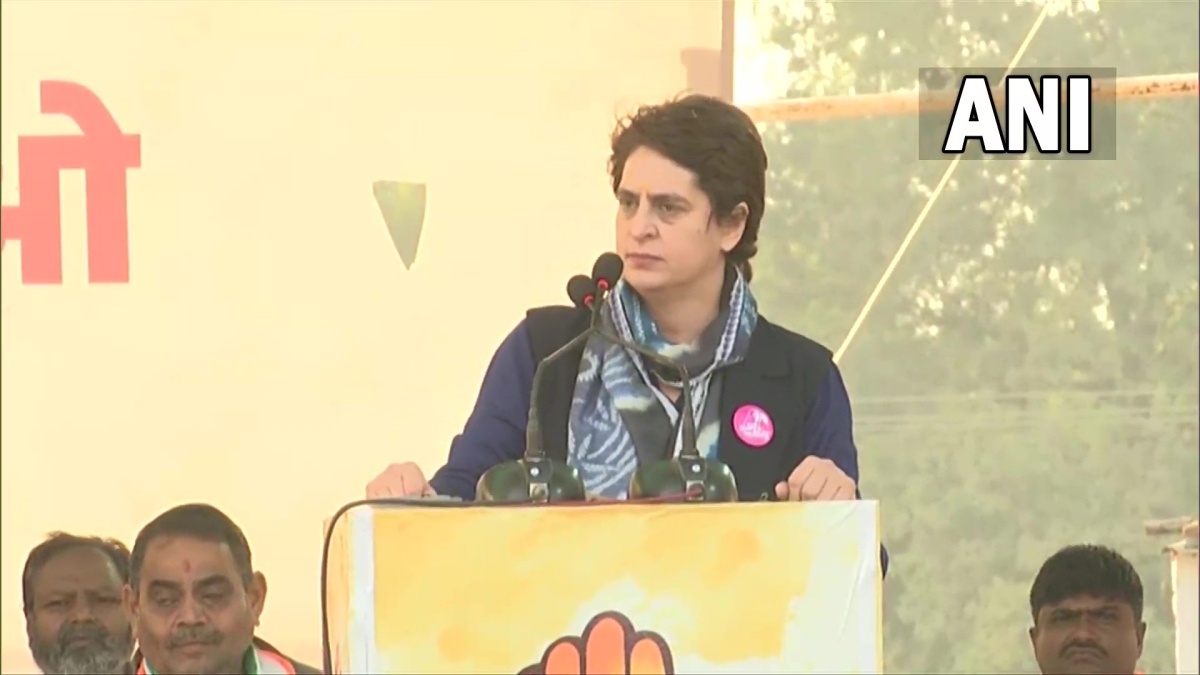 While many parties are at loggerheads ahead of the assembly polls in Uttar Pradesh, Congress National General Secretary Priyanka Gandhi Vadra on Saturday made some promises if her party is voted to power.

The Congress leader who was in Amethi today said that if Congress is voted to power then her party shall waive off loans for all farmers and small businessmen. She also promised that Congress will also half the electricity bills, give employment to 20 lakh youth and Rs 25,000 to all the families who suffered due to COVID.

She said that the current BJP led government has put the people of UP astray enough.

Vadra took out a padyatra (foot march) from Jagdishpur to village Harimau where Rahul Gandhi addressed a public meeting.

On the other hand, her brother Rahul Gandhi targeted Prime Minister Narendra Modi with his 'Hindu versus Hindutvawadi' salvo. Mr Gandhi was a Member of Parliament from here for 15 years. He is visiting Amethi for the second time after losing the seat, which had been a pocket borough of the Nehru-Gandhi family, by 55,120 votes to BJP's Smriti Irani in the 2019 Lok Sabha elections.

Congress will waive off loans for all farmers & small businessmen, half the electricity bills, give employment to 20 lakh youth & Rs 25,000 to all the families who suffered due to COVID. This govt has put you astray enough: Congress Gen Secretary Priyanka Gandhi Vadra, in Amethi pic.twitter.com/Xf1TDxxqxQ

"Hindutvawadi bathes alone in Ganga, but a Hindu will bathe with crores of others," Gandhi said at a public gathering, taking a swipe at the prime minister who recently inaugurated the Kashi Vishwanath Corridor in Varanasi after taking a holy dip.

"Narendra Modi Ji says I am a Hindu, but when did he protect the truth.... (Is he) Hindu or Hindutvawadi," Gandhi said at a public gathering, raising the issue of jobs, China's incursions and farm laws.

There are five assembly seats in Amethi parliamentary constituency, out of which Amethi, Jagdishpur, Salon, Tiloi are held by the BJP. The Gauriganj seat is with the Samajwadi Party.

The Congress is trying to regain its turf in Amethi and Uttar Pradesh in the upcoming assembly polls.

The leaders were taking part in the 'Jan Jagran Abhiyan-Bhajapa bhagao, mahgai hatao pratigya padyatra' organised against the policies of the Modi government.

Congress workers accorded a warm reception to their leaders. Cutouts and reception gates were set up at various points to welcome them.