Uttar Pradesh: Ahead of Assembly polls, Bhagidari Sankalp Morcha yet to decide on alliance with BJP 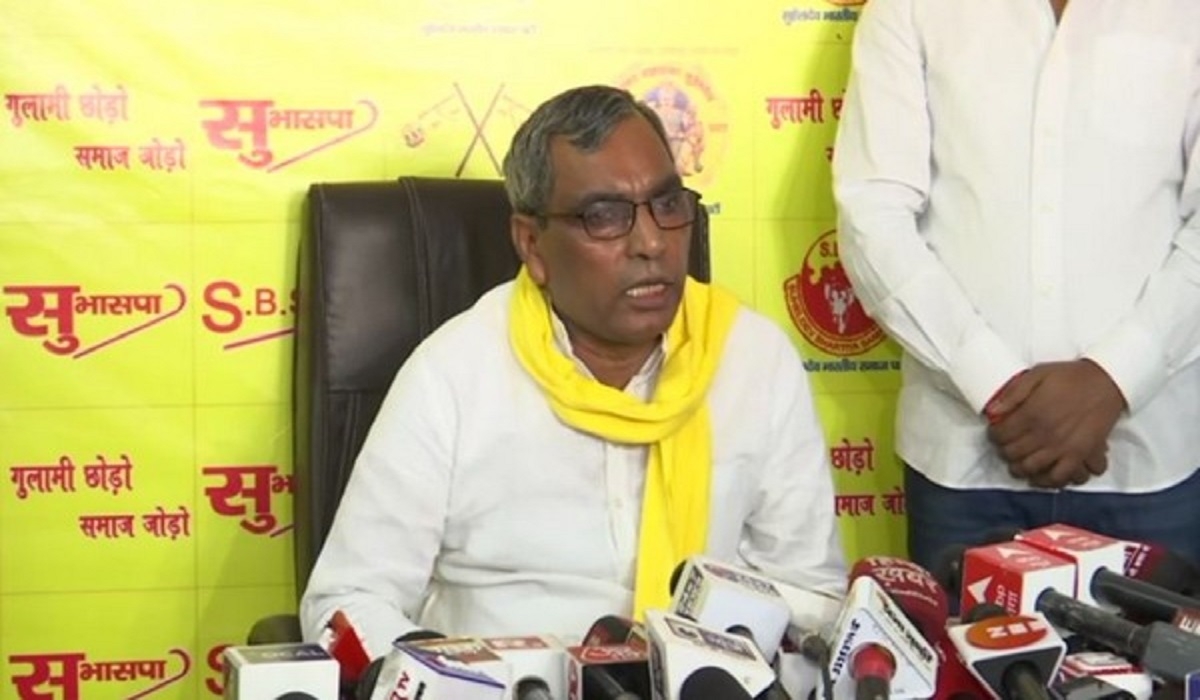 While Om Prakash Rajbhar, alliance leader on Friday said that Sankalp Morcha has certain issues and will go with anyone including BJP if it agrees on it.

Rajbhar is the president of a small party Suheldev Rajbhar Bhartiya Samaj Party (SBSP) which has strong base among Rajbhar community spread over three dozen assembly seats in UP. SBSP had forged alliance with BJP in the previous assembly polls and won four seats.

Om Prakash Rajbhar was made cabinet minister in the Yogi government. However both parties parted ways two years back during parliament elections over seat sharing.

Babu Singh Kushwaha, president of Jan Adhikar Party and an alliance partner in Sankalp Morcha has made it clear that there is no question of going with BJP, Samajwadi Party or even the Bahujan Samaj Party. He said that BJP has made the lives of common men miserable and Morcha would make every effort to displace it.

Jan Adhikar Party has its base among Kachi and Kushwaha community in UP with presence in over 20 assembly segments. Former minister and president of Pragatisheel Samajwadi Party Lohia (PSPL) has taken out a Yatra these days and raising voice against misrule of BJP.

Shivpal who was the founding member of Samajwadi Party had parted ways with Akhilesh Yadav in 2017.

The PSPL which is a major alliance partner in Sankalp Morcha has intended to go with Samajwadi Party.

Worst is the case of All India Muslim Ittehadul Musalmeen (AIMIM) and its leader Asaduddin Owaisi who is also a part of Bhagidari Sankalp Morcha. Almost all the major political parties in UP have announced not to have any alliance with AIMIM. Even the BSP, with whom Owaisi had an alliance in Bihar assembly elections, has said it would not do the same in UP.

Meanwhile the Bhagidari Sankalp Morcha has said that it would announce future course of action on October 27 after holding a convention in Mau, UP. Political analyst are of the opinion that the alliance of small parties in UP is already in peril. Two other smaller outfits in the Morcha, Mahan Dal and Janwadi Kranti Dal had already entered into an alliance with Samajwadi Party.

The biggest party in the Morcha, Rashtriya Lok Dal had mend it's ways long back. RLD too has forged alliance with Samajwadi Party.

According to senior journalist and president of UP Working Journalist Union (UPWJU) T.B.Singh the small parties would go in different directions instead of being together. While SBSP might join BJP fold again, Jan Adhikar Party of Kushwaha could go with congress.

Shivpal Yadav of PSPL has been negotiating with Samajwadi Party and may strike a deal before assembly polls. However, AIMIM would contest UP assembly elections alone as no one is willing to go with it.