Sarita said her husband died in 2019 and she, along with her eight-year-old daughter, is contacting voters in the area to seek their support and votes.

Politics often has the power to rip apart families and Shahjahanpur is an example of this. Roshan Lal Verma, the Samajwadi Party (SP) candidate from Tilhar, is facing his own daughter-in-law Sarita Yadav on the same seat.

Roshan Lal Varma had quit the BJP with Swami Prasad Maurya last month and had joined the SP.

Sarita has now accused her father-in-law of illegally grabbing people's land. Sarita Yadav told reporters that she is contesting against him because she wants to expose him.

She alleged that Varma has illegally encroached upon the land of many people in the Tilhar area and filed fake cases against a large number of Yadavs and people from the Muslim community.

She claimed that even the land in front of Nigohi police station, registered in the name of her husband Vinod Kumar, has been occupied by her father-in-law.

Sarita said her husband died in 2019 and she, along with her eight-year-old daughter, is contacting voters in the area to seek their support and votes.

He said earlier, "She (Sarita Yadav) is making false claims. She has no proof of it. She is hatching a conspiracy to malign our image. She is in the fray but this will not make any difference to my image."

Shahjahanpur goes to the polls in the second phase of the Assembly elections on February 14. 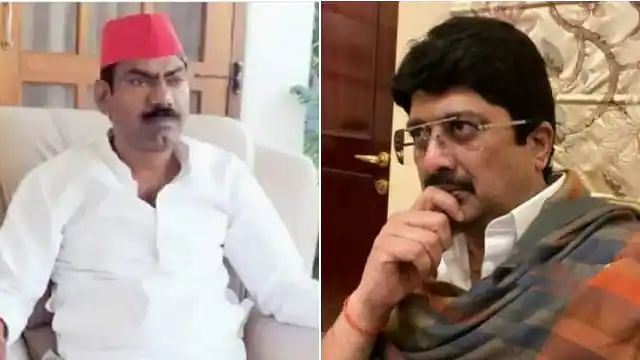