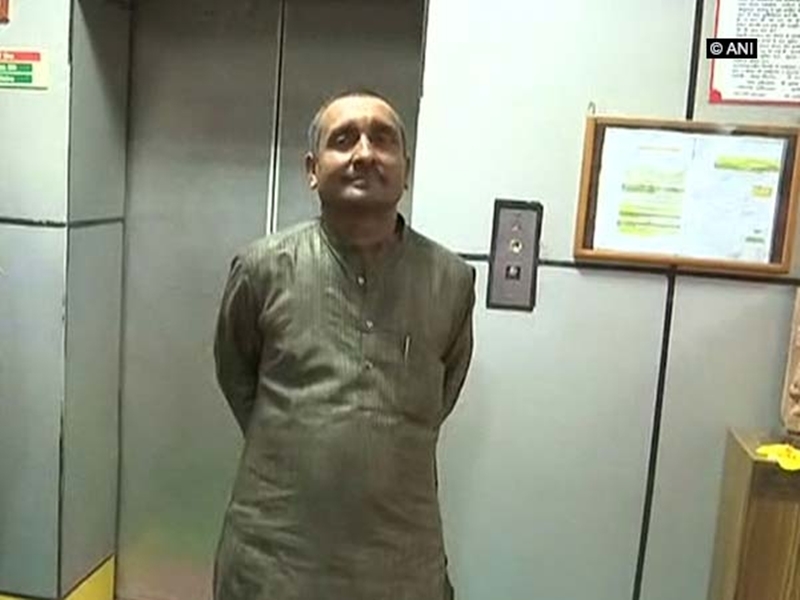 Unnao: Unnao district administration has ordered the cancellation of license of all the arms and weapons owned by expelled BJP lawmaker Kuldeep Singh Sengar. The order in this regard was issued by District Magistrate Devender Kumar Pandey.

According to information, Sengar had three arm licenses in his name, one each for a single barrel gun, a rifle and a revolver. On Friday, DM Pandey had said that the arms license of Unnao rape accused Kuldeep Singh Sengar was yet to be suspended since it was a judicial matter and the administration was awaiting an order from the court.

"Suspension of arms license is a judicial action. There is a procedure that needs to be followed. We have already filed a report on the suspension of Kuldeep Singh Sengar's arms license. A decision will be taken after hearing in the court," Pandey said.

Sengar, a legislator from Bangermau in Unnao district had allegedly raped the teenage girl at his residence in Unnao on June 4, 2017, where she had gone to seek a job. Another case was filed against him after the rape survivor met with an accident recently.