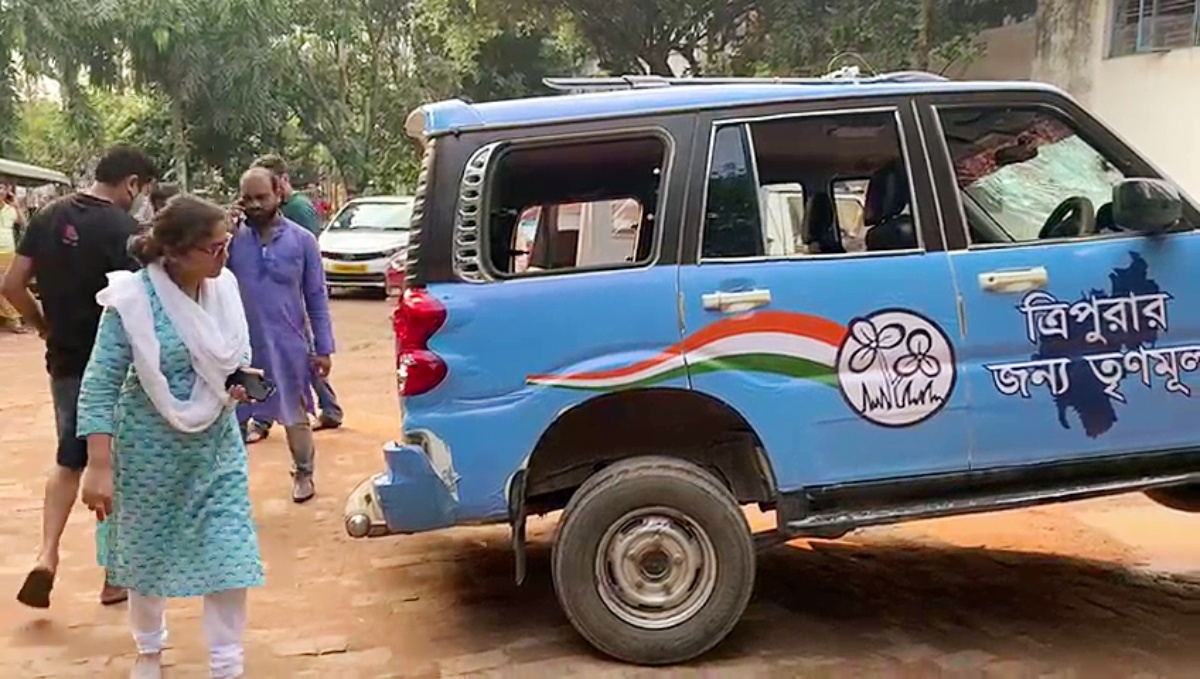 Trinamool Congress (TMC) leader Sushmita Dev looks at her ill-fated car after being allegedly attacked by miscreants, in Amtali on Friday | ANI

Tripura: Trinamool Congress held a protest rally in Tripura against the attack on TMC leaders by the alleged BJP goons.

Talking to the media, TMC Rajya Sabha MP said that they had complained to DG and had asked the police to arrest the alleged culprits who attacked them at the TMC leaders and cadres at a TMC party program in Agartala on Friday.

“We met the ADG as the miscreants didn’t wear masks or cover their faces for which they are identified and we had even submitted the video footage. The Trinamool Congress won’t back down and will stand tall at Tripura against the atrocities of BJP,” said Sushmita.

“A government may come and go and the police should work for the people not at the behest of the government. Those who had attacked TMC national secretary Abhishek Banerjee at Tripura are also moving free. Actions should be taken immediately,” urged the TMC Rajya Sabha MP.

Meanwhile, campaigning for a bypoll in West Bengal, TMC national secretary Abhishek Banerjee slammed the BJP for allegedly attacking Sushmita and other leaders in Agartala.

“CrPc 144 is implemented in Tripura just to restrict me from holding a rally. Chief Minister Biplab Deb claims that he is more important than the administration. It is a shame the way BJP goons attacked a woman leader. Soon people of Tripura will see a new dawn after TMC forms government there,” Abhishek was heard claiming.