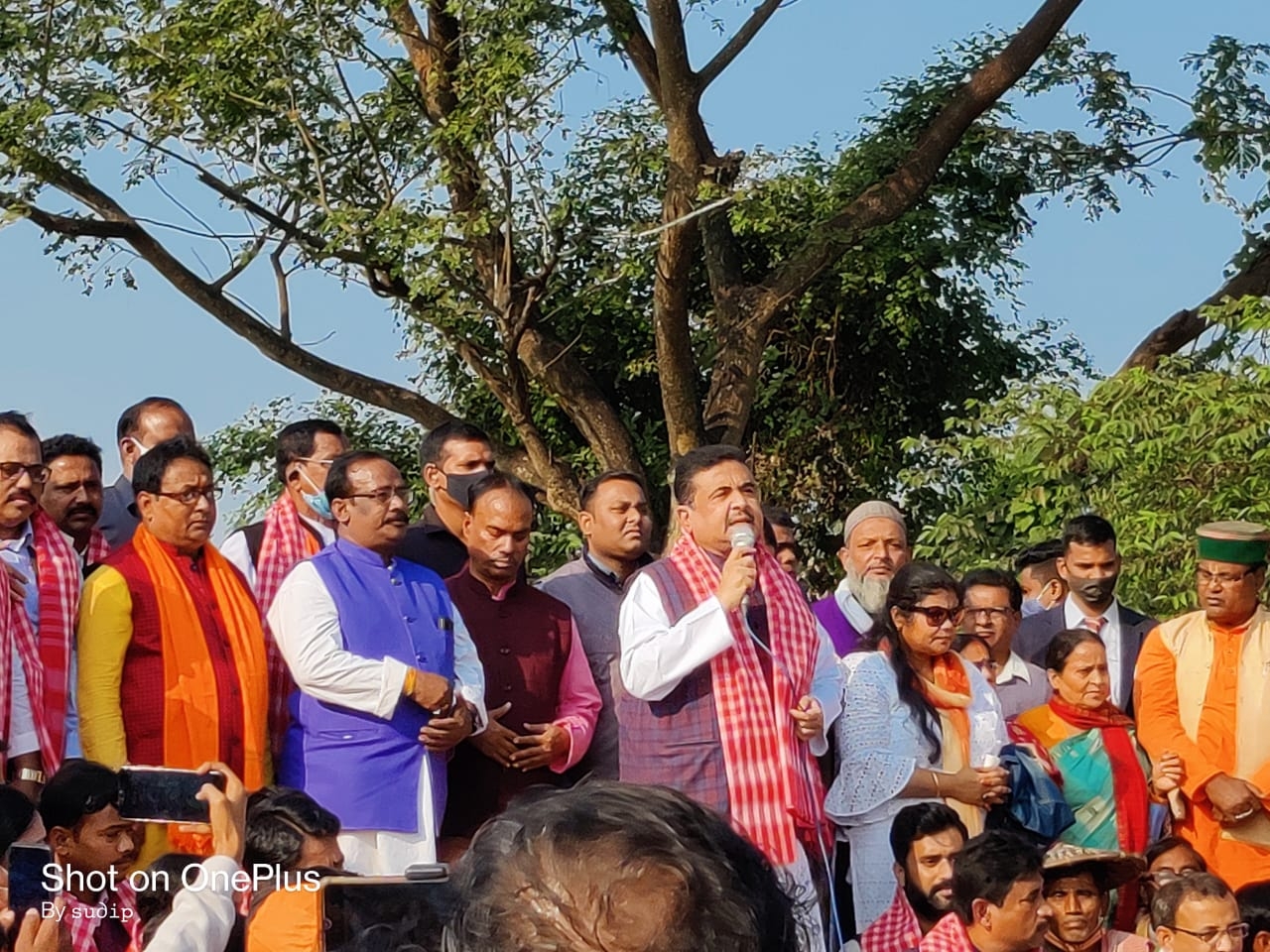 Singur: BJP has begun its three-day agitation agitation at Singur in favor of farmers. Leader of Opposition Suvendu Adhikari slammed Chief Minister Mamata Banerjee and said that the model of TMC supremo is suicidal.

Amidst chants of Krishi Bachao, Krishak Bachao (Save Farmers, Save Agriculture), BJP chief Sukanta Majumdar, BJP national vice president Dilip Ghosh, along with other heavyweight BJP leaders assembled at Singur to protest against the alleged atrocities of the TMC government over the farmers.

“Potato farming done in large areas of Hooghly’s district’s Arambagh, Pursura, Khanakul and other areas suffered losses due to heavy rains after monsoon, natural calamity and recent cyclones. The farmers are not getting their dues and the Chief Minister is busy playing politics in other states. She came to power highlighting farmers' issues but then forgot them,'' claimed Suvendu.

“The farmers had bought seeds at a high price but they could not yield a good price due to wastage. TMC turned Singur into a graveyard of WB's aspirations. Were farmers merely stepping stones to power? Why is WB Govt indifferent towards their plight? Due to WB Govt’s apathy majority of WB farmers are being deprived of the PM Kisan Samman Nidhi scheme,” tweeted the Leader of Opposition.

Attacking the Trinamool Congress for failing to produce anything in the Nano car factory land in Singur, BJP vice president Dilip Ghosh said, “Mamata Banerjee government had failed to give proper price for paddy, potatoes and jute in the state. Bengal farmers are not even getting PM Kishan Nidhi Yojana but on the contrary the poor farmers have to pay high electricity rates and high petrol and diesel prices.”

Notably, the three-day sit-in has been called over seven-point demands to the state government, including MSP for the produce, damage management due to rains and making the Kisan Mandis functional in different blocks.

It is pertinent to mention that in 2006-07 the then opposition leader TMC supremo Mamata Banerjee had then called for a 26-day hunger strike, demanding the return of 347 acres of land that was forcibly acquired by the then Left Front government to start Nano car factory.

“Suvendu and his family had made political careers through the Singur movement by the TMC. If he had problems against the TMC supremo he should have protested earlier. Now just to be in the limelight he is doing drama,” mentioned Kunal.

State Transport Minister Firhad Hakim said that after being refused by people of Kolkata, BJP is ‘hiding their face’ in Singur.