TMC trying to bring its culture of violence to Parliament: IT Minister Ashwini Vaishnaw on MP Santanu Sen tearing his papers 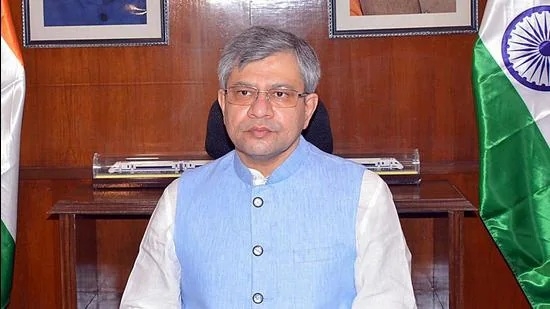 Electronics and Information Technology Minister Ashwini Vaishnaw on Friday slammed the Trinamool Congress (TMC) a day after a copy of his statement was snatched from his hand during a ruckus that broke out in the Rajya Sabha.

While hitting out at TMC, Ashwini Vaishnaw said that the TMC has a culture of violence and is trying to bring it to Parliament.

"The kind of violence they (TMC) inflicted on Bharatiya Janata Party (BJP) workers in Bengal, that is the same culture they are bringing. What message are we giving to the country, to the next generation parliamentarians?" Vaishnaw asked.

On Thursday, TMC MP Santanu Sen snatched the statement on Pegasus matter from Ashwini Vaishnaw in Rajya Sabha and tore it into pieces, amid the ongoing standoff over the Pegasus issue between the Centre and Opposition.

A verbal feud followed between BJP and TMC MPs. Marshals intervened to bring the situation under control. Heated words were exchanged between Union Minister Hardeep Singh Puri and TMC MP Santanu Sen after the latter snatched the sheet from Vaishnaw.

Meanwhile, TMC MP Santanu Sen was suspended from the Rajya Sabha on Friday for the remaining period of the monsoon session after a motion moved by the government was passed by the House.

Soon after the obituary references and laying of papers, Minister of State for Parliamentary Affairs V Muraleedharan moved a motion for Sen's suspension. The motion was passed by a voice vote and Chairman M Venkaiah Naidu asked Sen to leave the House. The TMC members protested and raised objection to the manner in which the motion was brought without listing it in the day's business.