TMC to move SC over violence in Tripura municipal polls 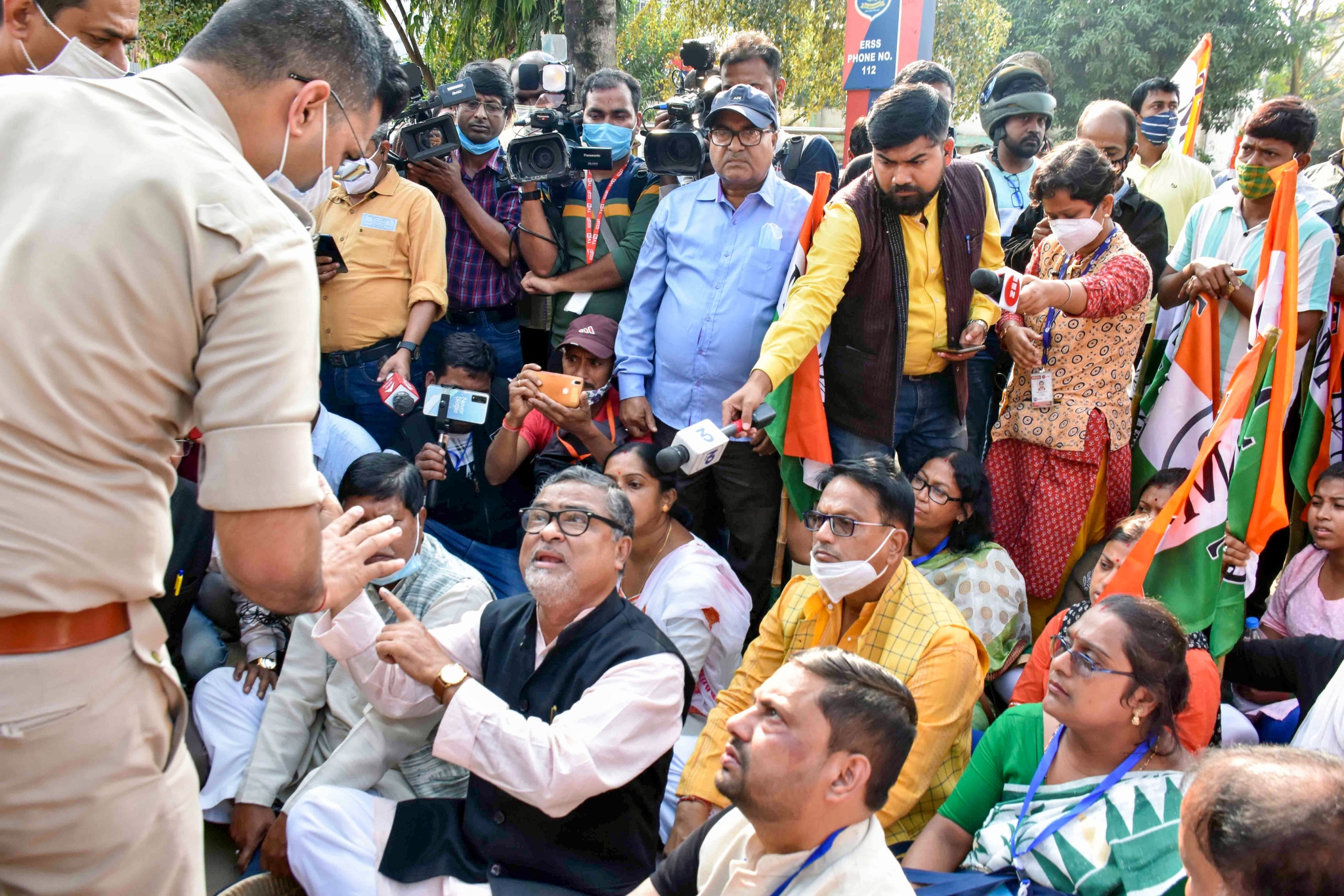 Tripura: The Trinamool Congress on Friday said it will move Supreme Court over the alleged violence in Tripura during the municipal polls.

Notably, the Trinamool Congress and the CPI (M) the entire day cried foul against the saffron camp for ‘attacking’ their candidates and even poll agents.

TMC leader and Tripura in charge Rajib Banerjee claimed that the BJP out of ‘fear’ tried to restrict the TMC workers to conduct free and fair elections.

“The voters were intimidated and were also restricted from casting votes. The BJP this time had made it clear that democracy doesn’t exist in Tripura. The CPI (M) was also undemocratic but not like the BJP. TMC workers and poll agents in ward number 5, 11, and 51 in Agartala were mercilessly beaten. We will move the apex court for repolling,” said Rajib.

TMC leader Subal Bhowmich who was seen agitating in front of West Tripura Police station claimed that 95 percent of people couldn’t vote due to the ‘violence’ of BJP.

However, the police later claimed that the TMC supporters and leaders who were agitating were removed as they held illegal rallies on the road during the polling.

Rebel BJP MLA Sudip Roy Barman claimed that the ‘atrocities’ during the poll has ‘proven the incapability of the BJP government in Tripura’.

BJP Tripura spokesperson Nabendu Bhattacharjee refuting all the charges and thanked the police and BJP workers for conducting ‘peaceful’ election.

“The opposition sensing defeat tried to malign the BJP but the scenario is completely different as the election was free and fair and also peaceful,” claimed Nabendu.