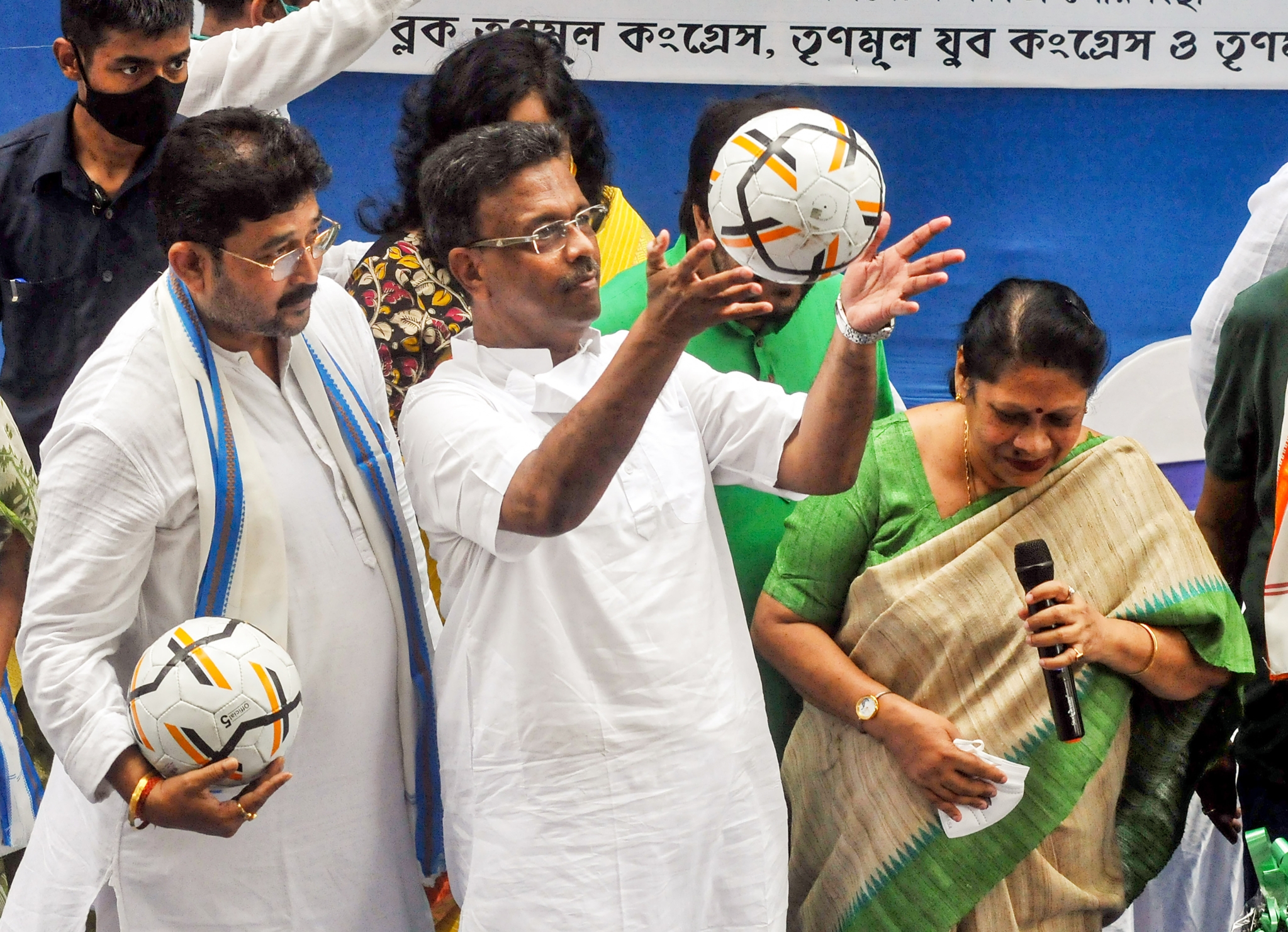 Minister of Women and children welfare Sashi Panja kickstarted a football match at central Kolkata and said that ‘Didi had given goal’ while kicking a football.

“One has seen the goal that didi gave in West Bengal and soon Tripura and New Delhi will see the future goals that didi will give,” said Sashi indirectly hitting out to BJP.

“At Sreebhumi Sporting club we hold annual tournaments on August 15 but this year onwards it will be two days and through games we want to reach out to the people and would urge them to stay fit,” said Sujit.

Meanwhile, former footballer and TMC MP Prasun Banerjee along with other MPs were also seen playing football at Tripura’s Agartala.

“The game has just started in Tripura and soon the undemocratic BJP will lose to TMC and then the game of development will start even in Tripura,” said Prasun.

Slamming the celebration once again, West Bengal BJP Chief Dilip Ghosh stated that "TMC is engaged in a violent game which is a threat to the democracy".

Taking to Twitter, Dilip wrote, “Bengal was not able to win medal in Olympics 2020. Personalities who have no background of sports are sports related board's member, no sports infrastructure have ever been developed. Only cut money, syndicate, political violence can't go on in Bengal.”