The RJD tweeted: "They are parrots!" - a not-so-subtle reference to the Supreme Court's 2013 comment about the agency being a 'caged parrot' that speaks 'its master's voice'

The Rashtriya Janata Dal said on Friday the CBI’s fresh corruption case against its chief Lalu Prasad Yadav and his family members was “predictable” and alleged that the BJP uses probe agencies to scare its rivals whenever its hold on power is shaken and it believes that mobilisation against it is taking place.

“They (BJP) tries to scare others by targeting someone. Nobody will be scared. Neither will we, nor they and nor the people of Bihar,” RJD spokesperson and Rajya Sabha MP Manoj Kumar Jha said in his reaction after the CBI action.

The RJD tweeted: "They are parrots!" - a not-so-subtle reference to the Supreme Court's 2013 comment about the agency being a 'caged parrot' that speaks 'its master's voice'.

CBI teams on Friday began conducting raids at residences of former Bihar chief ministers Lalu Prasad and Rabri Devi as well as at the residence of Leader of Opposition in the Assembly Tejashwi Prasad Yadav in Patna, Gopalganj, Delhi and other places in the 2017 IRCTC case in which the premier investigating agency has filed a chargesheet against the three.

The case pertained to allegations of Lalu Prasad offering jobs in lieu of land plots during his tenure as Union railway minister.

The CBI teams have started raids at 10, Circular Road, the Patna residence of Rabri Devi. The teams also visited three other locations in Patna where the family owns plots or houses.

These locations are in Mahuabagh area near Phuleari Sharif, Danapur Khatal (cowshed) and Marachhiya Devi apartments in Ranjan Path. Besides Patna, raids are also being conducted at the Gopalganj house of Lalu Prasad and in Gurgaon and Delhi, besides other locations where the agency suspects the family owns property. 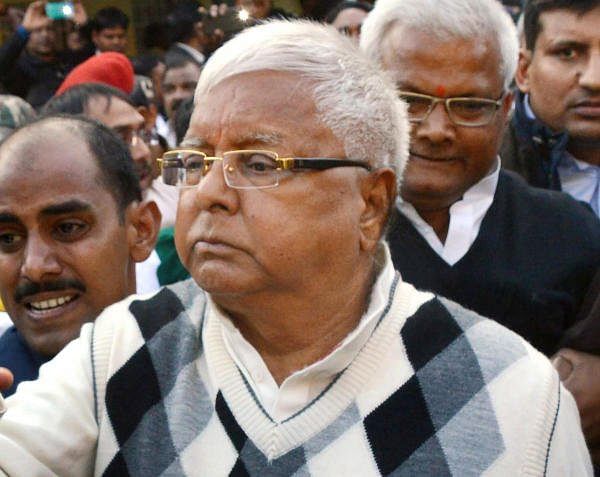