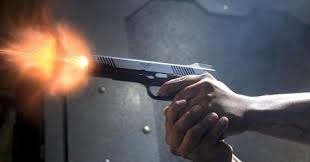 A Central Reserve Police Force (CRPF) head constable opened fire at his superior and later turned the weapon on himself on Sunday morning at Venkatapuram village in Mulugu district about 285 Km from Hyderabad.

Head constable Stephen was critically injured while sub-Inspector Umesh Chandra died on the spot. Stephen tried to kill himself with the same weapon, and suffered a bullet injury to his head. He has been rushed to the hospital in Warangal, where his condition is stated to be critical, the police added.

Umesh belonged to Bihar, while Stephen hails from Tamil Nadu.

The CRPF team belonging to the 39th Battalion, was camping at the Venkatapuram police station premises, when the incident took place camp of CRPF A39 battalion at 8.30am.

The Telangana areas bordering Chhattisgarh have been under the CRPF watch due to the Maoist activities in the area.

"An incident happened in the CRPF camp where one head constable fired upon an SI of CRPF. The SI died and the head constable is critical as he fired on himself. He tried to shoot himself. The injured has been shifted to Warangal hospital," Mulugu, Superintendent of Police, said in a press statement.

Meanwhile, a report said that an altercation between the duo over an issue related to staff mess could have led to the incident.

The release further said that the matter is under investigation to ascertain the cause of the incident. 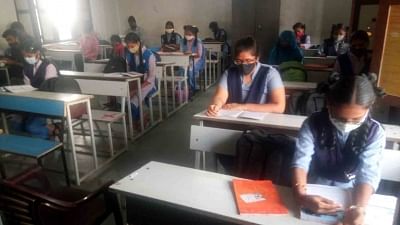 FPJ-Ed: All students to be declared pass who failed in class 11: Telangana Government