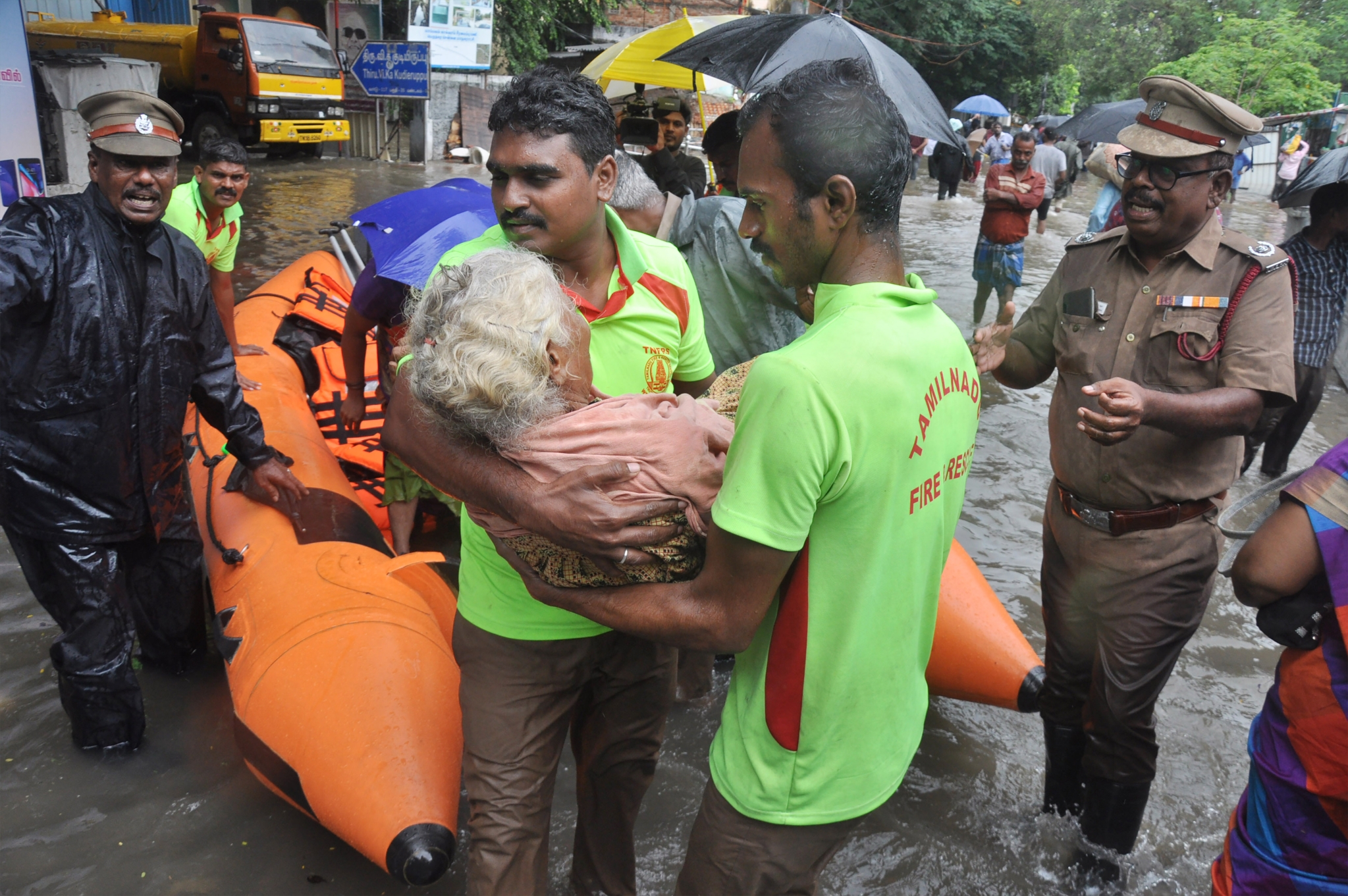 The Indian Meteorological Department (IMD) has predicted another set of heavy rainfall on the Chennai coast between November 10 and 13. So far, five people have lost their lives in rain-related incidents in Tamil Nadu.

"Rainfall is less today, so Chennai Corporation is pumping out water from low lying areas. Rescue operation underway by Army, NDRF, TN Fire and others. In Chennai, more nodal officers are posted for review and rescue operations," Ramachandran said.

Surplus rain water gushed out of reservoirs while several roads here resembled swollen rivers and over 60 houses suffered damage, authorities said on Monday, as alert was sounded to people living in low-lying areas in parts of the State.

In a bulletin, the department said the cyclonic circulation over south east Bay of Bengal and adjoining South Andaman sea, extending up to 5.8 kilometres above the mean sea level, persists.

Under its influence, a low pressure area is very likely to form over southeast Bay of Bengal and neighbourhood during the next 24 hours.

It is likely to move west-northwestwards, concentrate into a depression and reach near north Tamil Nadu coast by November 11, early morning and bring widespread rainfall in several regions of the state, the bulletin said.

Fishermen were advised to not venture into sea for fishing between November 9 and 12. Revenue and Disaster Management Minister KKSSR Ramachandran said two teams of NDRF personnel have been deployed in Madurai and one team each in Chengelpet and Tiruvallur. Similarly, the state disaster response teams are stationed in Thanjavur and Cuddalore districts.

The Tamil Nadu Fire and Rescue Services wing is on alert mode with all the necessary equipment, he said. The 24 x 7 state control room here and those in districts could be contacted through the toll free numbers 1070 and 1077 respectively, the Minister said. People may also get in touch with authorities of Greater Chennai Corporation by using the 1913 toll free number.