If they apologize, the government will think about revoking the suspension, he added
ANI 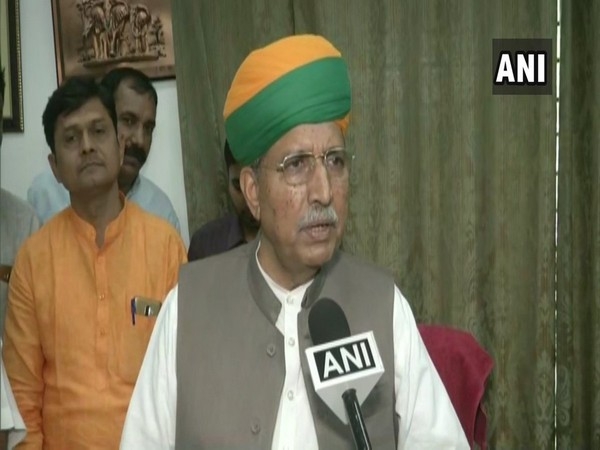 Union Minister Arjun Ram Meghwal on Tuesday said that the 12 suspended Rajya Sabha MPs from the Opposition had lowered Parliament's dignity while adding that the government will consider revoking the suspension if they apologize.

"They have (suspended MPs) lowered Parliament's dignity. They should have some remorse. If they apologize, the government will think about revoking the suspension. It has been Parliamentary tradition if some MP does something to lower Parliament's dignity, they apologized," Meghwal told ANI. Union Min AR Meghwal Asked about the Bharatiya Janata Party (BJP) Parliamentary Party meeting, the Union Minister said, "Union Law Minister Kiren Rijiju gave a presentation that why does the country need the Election Laws (Amendment) Bill that was passed in the Lok Sabha yesterday. Our national president (JP Nadda) addressed us at the end that we have to celebrate December 25, the birth anniversary of Atal Bihari Vajpayee, as Good Governance Day." BJP Parliamentary Party meeting took place at the Ambedkar International Centre in the national capital on Tuesday.

Since the beginning of the Winter Session on November 29, Rajya Sabha has been facing a ruckus over the revocation of the suspension of 12 MPs from the House.

All the suspended 12 MPs used to sit near Mahatma Gandhi statue inside the Parliament premises since they were suspended from the House, and the Opposition parties have been relentlessly disrupting House proceedings every day over the issue barring a few occasions.