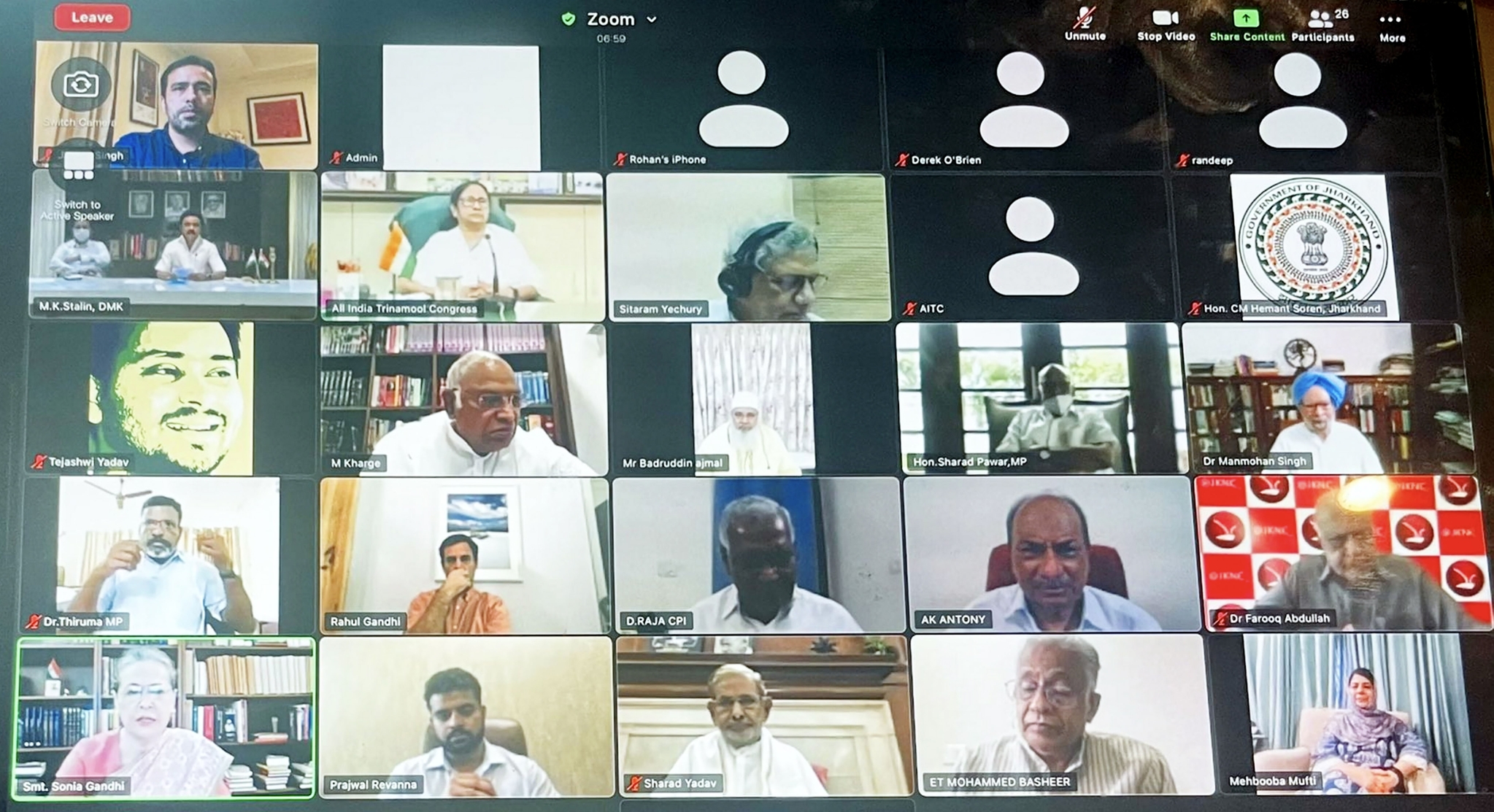 New Delhi: Nineteen opposition parties, including Shiv Sena, on Friday attended a virtual meeting convened for unity by Congress president Sonia Gandhi on the occasion of her husband and late Prime Minister Rajiv Gandhi’s 77th birth anniversary. Quoting Rajiv that “a secular India alone is an India that can survive” and why the “anti-secular BJP” should be stopped, Sonia referred to NCP chief Sharad Pawar bringing to attention of the PM how the new Ministry of Cooperation, led by Home Minister Amit Shah, was a “blatant interference on the Constitutional rights and responsibilities of the state governments”.

She also referred to Maharashtra Chief Minister Uddhav Thackeray and his West Bengal counterpart Mamata Banerjee laying stress on “discrimination against non-BJP ruled states in the vaccine supply”. She said she had also written to the prime minister on several occasions to highlight the need for urgent measures such as direct cash support, especially to those whose livelihoods have been affected.

The parties adopted a joint statement to protect democracy and secularism and organise protests together in all states from September 20 to 30 against “all the wrong doings of the Modi government” to display their resolve and unity.

In fact, it was a show of strength by 20 political parties, as Samajwadi Party chief Akhilesh Yadav wrote to Sonia expressing his inability to join the meeting since he was in the interior. The Congress said the joint statement was sent to him and he endorsed it.

Sonia stressed in her opening remarks that the leaders meeting through video conferencing should have the ultimate goal of the 2024 Lok Sabha elections “for which we have to begin to plan systematically with the single-minded objective of giving to our country a government that believes in the values of the freedom movement and in the principles and provisions of our Constitution.”

She said, “This is a challenge, but together we can and must rise to it because there is simply no alternative to working cohesively together. We all have our compulsions, but clearly, a time has come when the interests of our nation demand that we rise above them.”

Sonia congratulated the Opposition parties for displaying unity in the current monsoon session of Parliament that was a complete washout “entirely due to the government's obstinate and arrogant unwillingness to discuss urgent issues, be they the Pegasus snooping scandal, the farmers agotation or price rise of essential commodities”.

“I am confident that this unity will be sustained in future sessions of Parliament as well,” she said while stressing that “the larger political battle has to be fought outside”.