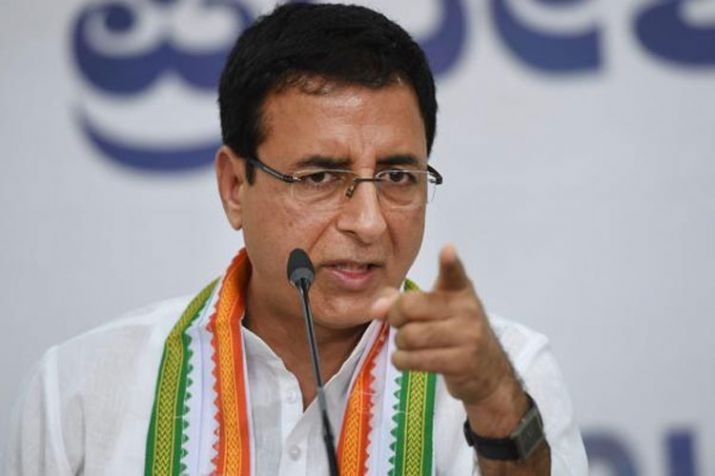 Congress leader Randeep Singh Surjewala on Saturday said that it was not party president Sonia Gandhi who made Amarinder Singh quit as the Punjab chief minister but he had to quit after 78 party MLAs sought his removal.

"When a CM loses MLAs' trust, he should step down from the post. Out of 79, 78 MLAs had written that CM should be changed. If we wouldn't have changed the CM, it would've been termed as dictatorship," said Surjewala.

Surjewala's remarks came as Amarinder Singh had accused the Congress leadership of "humiliating" him after he tendered his resignation as the Punjab CM.

Meanwhile, reacting to Surjewala's comments, Amarinder Singh slammed the grand old party over the "lies" being floated by various leaders. He added that Navjot Singh Sidhu and his aides had orchestrated the entire episode.

"I have won every election in Punjab since 2017. It was not the people who'd lost trust in me. Entire affair was orchestrated by Navjot Singh Sidhu & his aides. Don't know why they're allowing him to dictate terms even now," Singh said.

On Friday, in a long Facebook post, Congress' Punjab incharge Harish Rawat said Singh's claim of being humiliated by the party is only to gain sympathy of the people.

Rawat added that "stubborn" Amarinder Singh was of the belief that he does not need any advice from anyone, including his own MLAs, ministers and party leadership. Singh was controlling both the government and the party from his farmhouse, he said.

The former Uttarakhand Chief Minister further said Singh failed to keep his promises on important issues like Bargadi, drugs, electricity etc. There was a general perception throughout the state that Singh and the Badals are helping each other, and they have a secret understanding, he added.