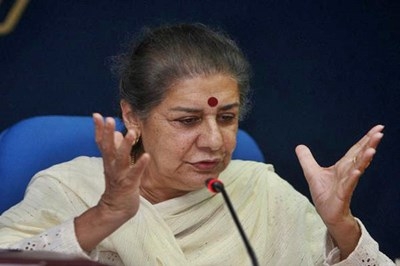 "I've declined the offer (to be the next Punjab CM). Party's exercise is going on in Chandigarh with the general secretary and observers are taking views of all MLAs. I believe Punjab CM face should be a Sikh," Congress leader Ambika Soni was quoted as saying by news agency ANI.

The name of Soni came up as she is one of the senior-most leaders of the party, both Captain Amrinder Singh and Navjot Singh Sidhu have much respect for Soni.

Despite speculation over candidates for the Chief Minister's post, the final decision will be taken by party high command.

Captain Amarinder Singh stepped down from the post of Chief Minister on Saturday ahead of the meeting of party legislators in the faction-ridden state unit as the party high command decided to effect a change of guard in the border state ahead of assembly polls early next year.

CLP, earlier on Saturday, unanimously passed a resolution to give Congress chief Sonia Gandhi power to nominate the new Chief Minister of Punjab after Captain Amarinder Singh stepped down.